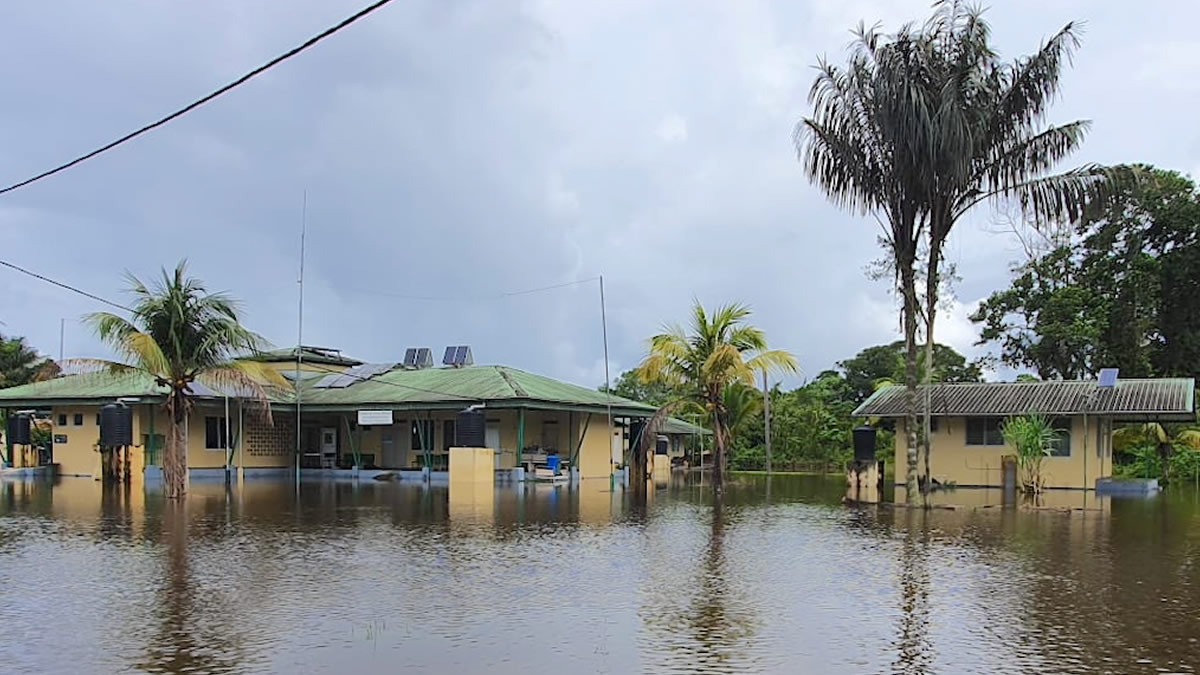 Due to the high water level caused by heavy rainfall, the various MZ sites in the interior of Suriname are experiencing inconvenience. Outpatient departments and service homes, as well as airports and schools, have been affected. This mainly concerns the polyclinics that are located along the rivers. Despite the situation, outpatient teams are doing everything they can to continue care indoors.

So far, all MZ regions, with the exception of Prokopondo, are affected by water that continues to rise due to continued rainfall. As a result, outpatient clinics and service homes for MZ employees became difficult to reach or were also flooded.

Water has already penetrated the outpatient clinics of Posogrono and Junini. Gönini’s outpatient team was moved to a higher position in the village with the help of the army stationed in Stoelmanseiland, yesterday afternoon. At the other sites (Drietabbetje, Djoemoe and Pokigron), the outpatient and residential complex (up to pier height) is currently underwater.

Together with NCCR and SRK, the situation is determined daily in order to have a clear overview of the extent of the flooding.

The medical mission is particularly concerned by the fact that operating costs for 2022 are not forthcoming. As a result, the organization is unable to implement necessary mitigating measures, such as evacuation to higher sites, due to lack of funding. The latter categorically draws the attention of the government to the organization.