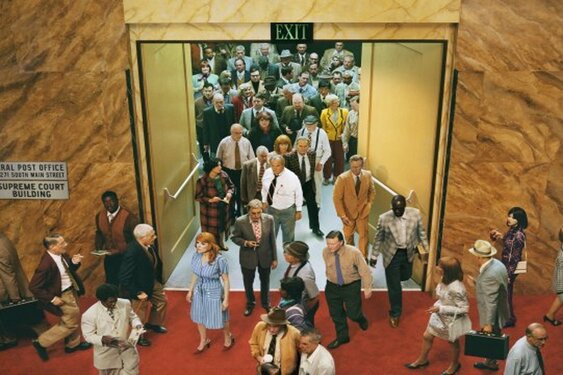 Amsterdam – The 16th winner of the Foam Paul Huf Prize will be announced on Tuesday 15 March. This award is organized each year by Foam Fotografiemuseum Amsterdam and is awarded to emerging talented photographers by an independent and recognized international jury. This year’s jury is made up of: Alona Pardo (Chairman, UK), Oscar Muñoz (CO), Olorimi Onabanjo (NG), Anna Kaisa Rustenburger (FI), and Dimit Yildiz Denture (TR). They will soon consider the files submitted to the nominated artists, from which the winner will emerge.

The Foam Paul Huf Prize consists of a cash prize of €20,000 and a solo exhibition at Foam. The winner will see his/her name added to an impressive list of alumni. In 2021, the Foam Paul Huf Award was presented to American photographer John Edmonds (1989, USA) whose exhibition was side view Currently on display at Foam until June 19, 2022.

To reach an internationally representative selection, Foam contacted about thirty candidates from different parts of the world. Photography professionals and experts were asked to nominate a number of talented emerging photographers from their region. The award can be given to photographers of all ages who work in all types of photography from documentary or applied photography to journalism or freelance work. The winner’s work must have a clear visual language of its own and distinguish itself in form and content.

Alona Pardo (Chairman, UK) is curator at Barbican Art Gallery in London with extensive knowledge of photography and film. Oscar Muñoz (Colombia) is a visual artist and founder of Lugar a Dudas, an independent art space in Cali. Oluremi Onabanjo (Nigeria) is Associate Curator of Photography at the Museum of Modern Art (MoMA) in New York. Anna Kaisa Rastenburger (Finland) is not only the Principal Curator of the Finnish Museum of Photography, but also the Artistic Director and Co-Founder of the Helsinki Political Photography Festival. Demet Yildiz Denture (Turkey) is the Director of Photography Department in Modern Istanbul.

The Foam Paul Huf Prize was created because of the special bond that connects Foam to Dutch photographer Paul Huf (1924-2002). Paul Hof is known for his innovative method of photography and personally co-created the Foam Fotografiemuseum Amsterdam in 2001.

The winner of the Foam Paul Huf 2022 award will be announced on March 15th via a press release and Foam’s online media.