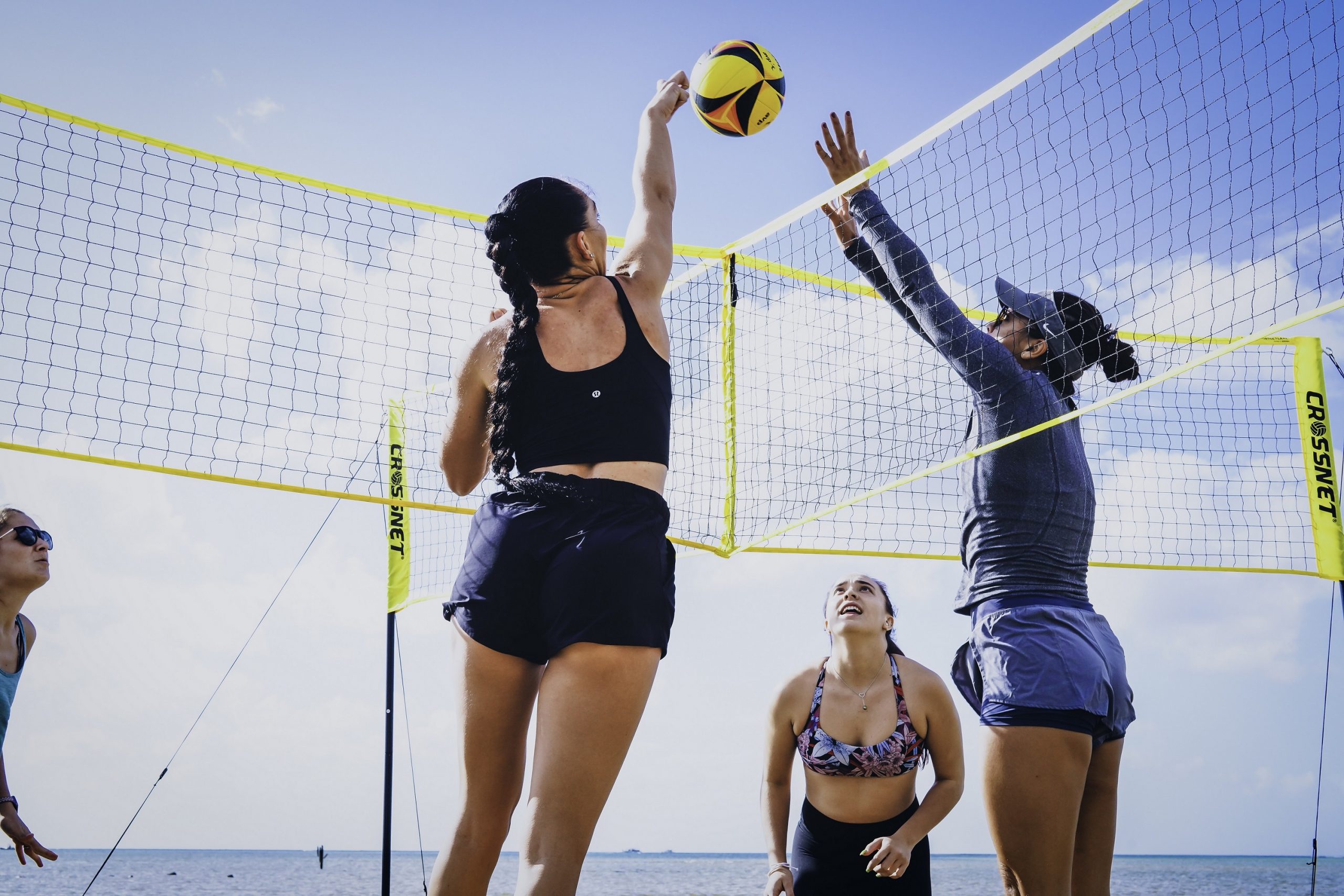 Think volleyball and then again: with four play areas. Created by three young American entrepreneurs, CROSSNET is literally a game-changer with the world’s first volleyball game played with a cross net. The Miami-based brand is one of the fastest growing recreational sports and is sold in more than 1,500 locations across the United States. Recently, the company also launched a CROSSNET Soccer version. CROSSNET will be on sale in the Netherlands from this week in Intersport, BeachSport Nederland, BronSport and Nijha.

CROSSNET co-founder and Forbes 30-under-30-listed Chris Maidy didn’t like volleyball growing up; “It was too complicated for a beginner.” So in 2017, the young entrepreneur joined his brother and childhood friend and changed the game so that it was both affordable and fun. Now CROSSNET is played by elite athletes for training, as well as by families and friends for fun thanks to its simple rules and competitive nature. “It’s great that Europe is now living the joy of CROSSNET.”

CROSSNET for volleyball and soccer
CROSSNET was launched as a volleyball game and the sales numbers in the US are impressive. In just four years, the brand has grown into a multi-million dollar company that sells hundreds of thousands of sets annually. As the brand expands in Europe, it also offers CROSSNET Soccer, a four-square-meter soccer version based on the same simple rules. Especially in Europe, where football is by far the largest sport, it is expected to become a popular type of game.

See also  Will the circle complete the circle of Louis van Gaal? | football

Fun, flexible and fast
CROSSNET Volleyball and CROSSNET Soccer can be played anywhere, set up in minutes and easy to transport thanks to the matching backpack that comes with the set. The set consists of a “cross net”, a backpack, four steel tubes, four tension wires, twelve ground anchors, two quads and one boundary line.

Funsports – the new sports and retail category
Fun games have been a huge success in the United States and Europe, thanks to their social, athletic, and flexible nature. In the last year alone, Brookline’s sales grew 700% in Europe. The best selling distributors, SpikeBall and Kanjam, enjoy a growing fan base across Europe. Recreational sports is a combination of sports and games that meet the changing consumer needs for an athletic lifestyle and more socializing with friends or family, rather than through a screen. The fun sports can be played anywhere and although challenging and competitive, they are suitable for young and old. Brookline, the “home of recreational sports,” wants everyone to be able to have fun and keep fit and active.

This article is a submission and is not the responsibility of the editors.