Forest fires still ravage southeastern Europe: the danger is far from over 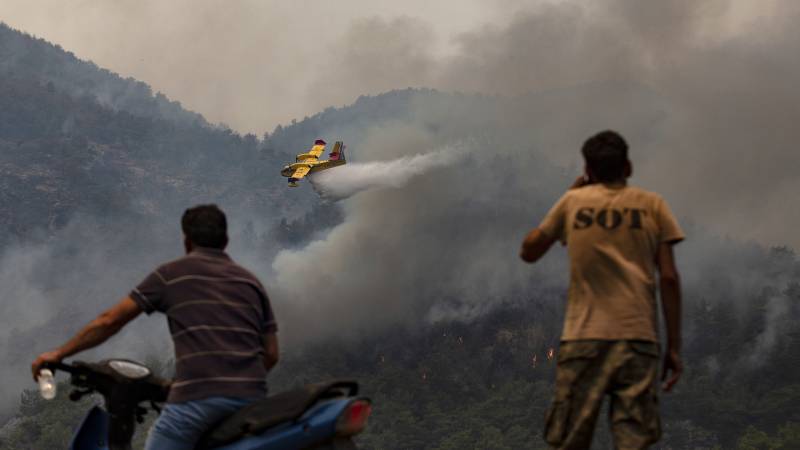 The Greek army is increasing its resources to help the fire services and local authorities fight dozens of forest fires raging in the country. In addition to 500 military personnel, 39 different aircraft, helicopters, drones and bulldozers have been deployed to support the fire brigade from the air and on the ground.

The largest fires are currently located in the north of the island of Evia and in the south and west of the Peloponnese peninsula.

A state of emergency has been declared in the northern part of Evia. “People from several villages had to leave their homes there last night and today,” says reporter Connie Kesen. The fire may have destroyed more than 100 homes. About 80 firefighters from France have now arrived on the island to help with the firefighting work.

“In the Peloponnese, large forest fires have not yet reached the historic ruins of ancient Olympia, but the danger is not yet over,” Kesen said. According to the Greek authorities, fire-resistant areas have been established around the archaeological site and the village. Since this year we also have our own firefighting system that keeps the site moist with water sprinklers. Many villages near Olympia were evacuated.

A fire that was under control broke out again in the area around Faripoppi, on the north side of the capital, Athens. Residents of the area were warned by phone to leave the area.

The images below show how Greeks had to flee the fires earlier this week: