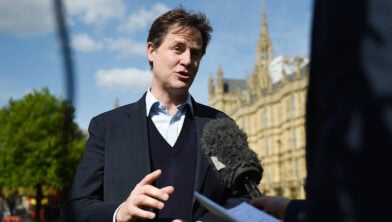 Nick Clegg, the former deputy prime minister of the United Kingdom, will play a larger role at the helm of Facebook’s parent company Meta Platforms. The former British politician was already the most important policy director in the American group. But from now on, as “Chairman of Global Affairs”, he will also report directly to CEO Mark Zuckerberg, who according to insiders says he wants to focus more on technology and developing new products.

Clegg, who has a Dutch mother and speaks Dutch fluently and without an accent, chose a career at Facebook’s headquarters in Menlo Park a few years ago. He served on behalf of the Liberal Democrats in the British government between 2010 and 2015, alongside Prime Minister David Cameron’s Conservatives. Clegg was also Deputy Prime Minister as party leader.

Because of Clegg’s promotion, Zuckerberg will likely have to defend himself less publicly in the future, for example, over scandals involving Facebook. He could then leave that up to Clegg, though as CEO Zuckerberg would still be the one to come to Washington if the US Congress asked for clarification on matters.

Facebook has recently received criticism that it has not done much against fake news and conspiracy theories. Clegg stepped forward several times to defend his company’s position. In October, for example, he called allegations by CNN that social media contributed to the storming of the Capitol in Washington early last year “absurd.” He also argued that Facebook had previously removed billions of fake accounts.