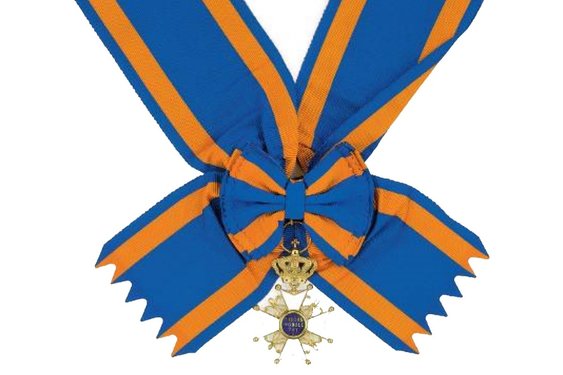 AMSTERDAM (NORTH) – Today, Tuesday, August 31, Mickey Zahnen was appointed Officer of the Orange-Nassau Order. She received the Royal Prize due to her great social commitment and contribution to Dutch science. Zanin received the award from Deputy Mayor Simon Cuckenheim.

After studying law at the University of Amsterdam (UvA), Zanin held various legal and administrative positions at the same university. She also worked as a confidential advisor. After being promoted as principal of several colleges, she served as UvA Secretary from 2007 to 2015. In this role, she ensured continuity and a fertile scholarly environment. She paid special attention to training young talents.

In 2015, Zaanen took up her position as the first Director-General of the Royal Dutch Academy of Arts and Sciences (KNAW). There it strengthened administrative relations with other scientific institutes. It has brought about a cultural change by introducing more openness and diversity. Because of her interest in social safety and inclusion, employees felt heard and safe.

At both the UvA and KNAW, Zaanen has led an organization that enables science to achieve more with great commitment, file knowledge, and great employee heart. It has also committed itself to other organizations in science and art, such as the German Institute of Amsterdam, WG Kunst, Spui 25 and the Documentary Theater Foundation.

In June, Zanin retired as KNAW Director. Due to her great social commitment, she was appointed an Officer of the Orange-Nassau Order.