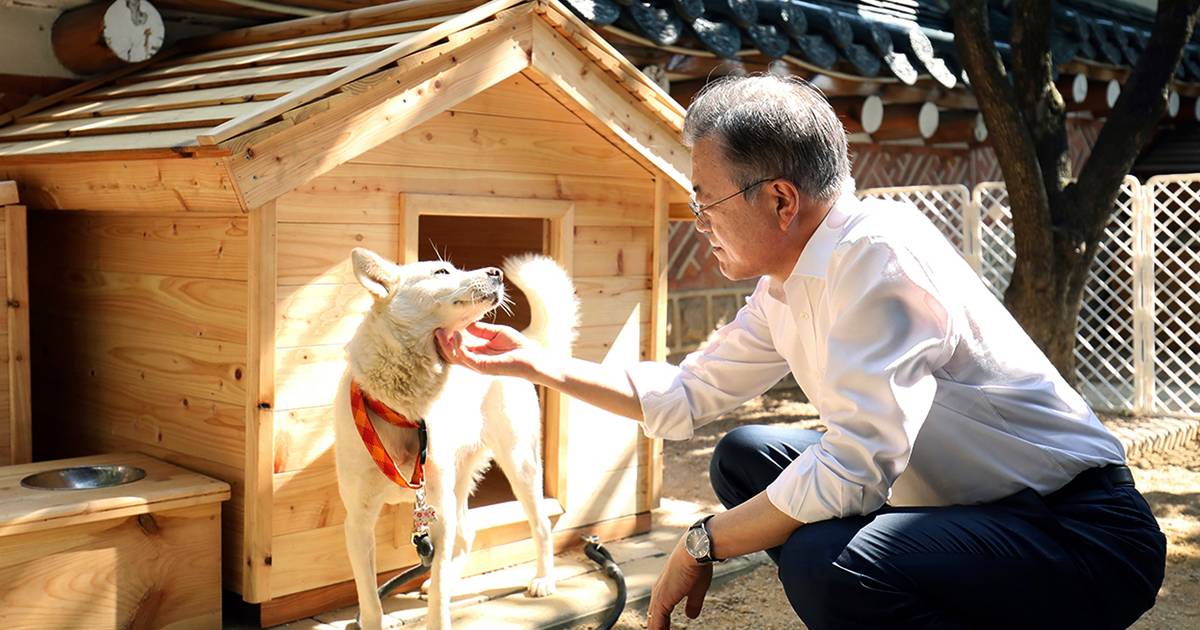 North Korean pungsan hounds were awarded to Moon in 2018 as a symbol of friendship. Relations between the two countries have largely frayed. Tensions have risen in recent months, with increased military activity in both the north and south.

The male Song Kang and the female Gumi were about one year old when they crossed the border. They had seven dogs under Moon. The couple and one puppy stayed with Moon after the change of president in May this year, although the four-legged friends are state property. According to Yonhap, the youngest dog still lives with Moon.

Local media reported that upon the change of president an agreement was reached on the dogs, consisting of 2.5 million won (more than 1,800 euros) per month for care. According to Moon’s office, the agreement was not implemented for “inexplicable” reasons. The presidential office says that consultations are underway with the relevant ministries.