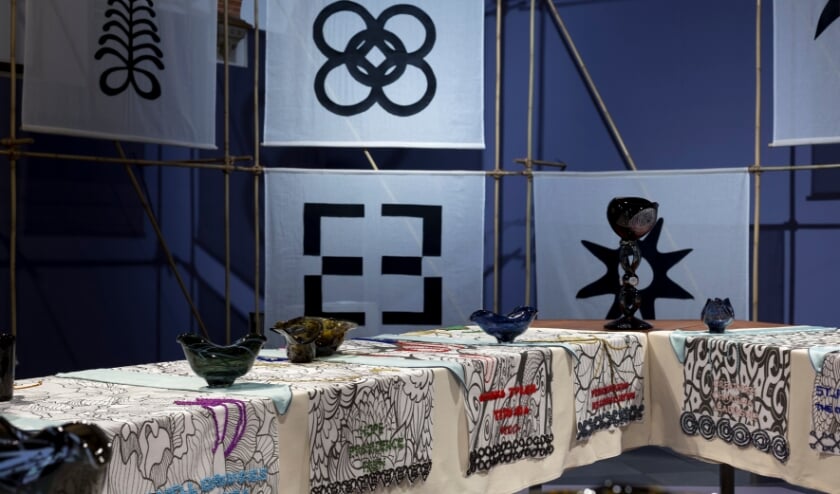 Harlem Four museums will give the Undisclosed Heroes of the Resistance a place in their exhibition spaces. Women, from different times and countries, are given a symbolic place at tables in museums, where carpets embroidered by people from the region are covered with the names of the ladies in the near future.

The Frans Hals Museum in Haarlem, the Centraal Museum in Utrecht, the Stedelijk Museum in Amsterdam, and the Van Abbemuseum in Eindhoven have all purchased the installation, guess who’s coming for dinner too? by Patricia Kersenhout. The work consists of four large tables, each triangular in shape, with a total of sixty women, ranging from Egyptian Queen Nefertiti to Aboriginal activist Shirley Colin Smith. Still, Kirsenhout details Judy Chicago’s Dinner Party (1974-1979), which accommodates an astonishing 39 historical women at the Brooklyn Museum in New York.

Each museum includes a table in its collection. Women invited to it come from everywhere, from Mexico to Angola, and from different eras, from 1370 BC to the present. “The common denominator between them is that their stories are not part of ‘official’ history, but are often transmitted through myths, legends and oral traditions. They are stories that bear witness to strength, courage, resistance, leadership, love, beauty and care,” explains the Central Museum.

Other examples of brave and heroic dinner companions include the Jamaican Queen nanny, who founded Nannytown in the 18th century for people escaping from slavery on plantations, and African American “transgender revolutionaries” and gay rights activist Marsha B. Living in 1969 in New York in particular, he fought the harassment and arrest of people from the LGBT community. Lilian Ngwe, who has been active in the African National Congress Women’s League and the South African Women’s Union, will also be included.

First of all, the Frans Hals Museum presents one of the volumes until the end of the year and includes it. Director Anne Demeester:Guess who’s coming to dinner too? By Patricia Kersenhout is social, massive, powerful and seductive at the same time. It captures the unparalleled social zeitgeist and allows us to look at history in a different way. The table is a tribute to a woman we didn’t always see in the West and makes it clear that there is not one but many dates. Celebrations and celebrations will take place at and around this table. The table also invites lively conversations about racism, the past of slavery and the role of women, as now in our gallery Who is? Photo novel. This particular work deserves a place in the ecclesiastical art of the Netherlands and I am very pleased that this is also possible through this joint purchase.