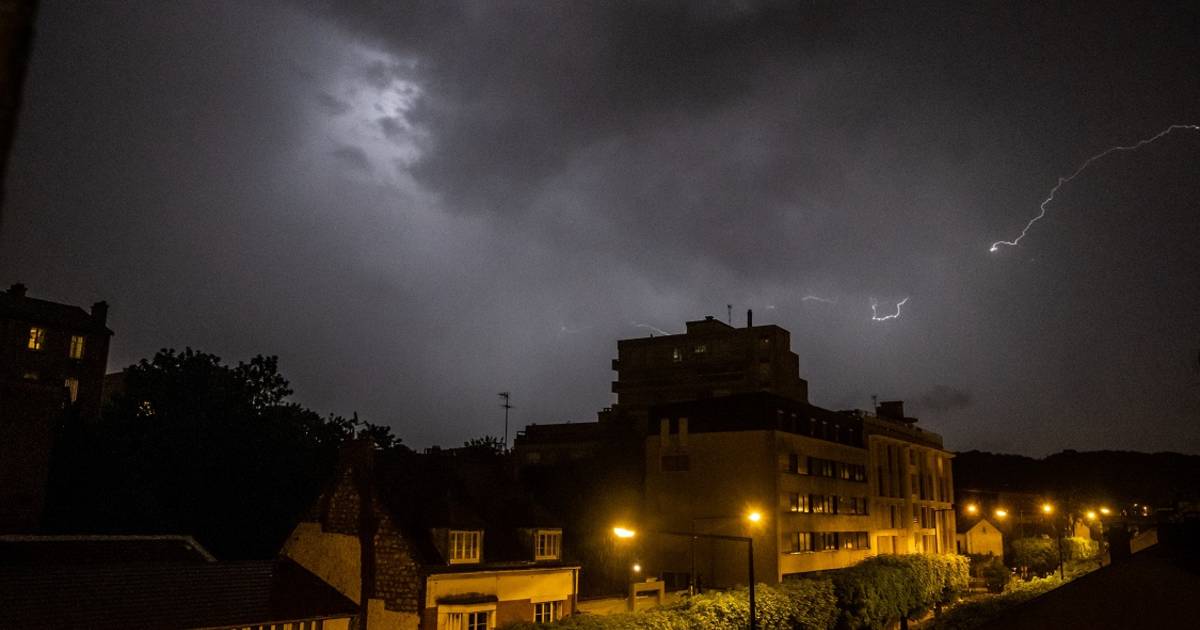 Public transport in the French capital was temporarily banned tonight due to thunderstorms, which the National Weather Service described as “extremely severe”. Agence France-Presse reported that by 7 pm, more than 40 mm of rain fell in just 90 minutes, the equivalent of the last month and a half in Paris.

An hour ago, several metro stations in Paris closed access to it due to a large amount of rainwater that was flowing down the stairs towards the platforms. Most of them later reopened.

Road traffic also had to deal with flooded streets on which it was only possible to drive at a fast pace. In addition to thunderstorms, there were strong gusts of wind and hail. Trees fell here and there in the capital.

The text continues below the tweets.

Météo France also issued code orange today for eight provinces in the south of the country due to the risk of potentially severe storms. These are the provinces of Vaucluse, Bouches-du-Rhone, Var, Tar, Aveyron, Aude, Herault and Gard.

In Herault and Gard counties, there is also a flood warning due to expected rain. They are expected to be hit the hardest by the rain: 80 to 150 mm can fall in a short time. All this is accompanied by strong gusts of wind, hail and heavy thunder. It also warns of the dangers of hurricanes and water points. According to the meteorological station, there is a risk that storms will continue in many valleys, which could lead to heavy accumulations of rain.

Division Gard County recommends camp sites evacuate guests as a precaution, in cooperation with local mayors. We urge local residents to stay at home. In September two years ago, these two counties were hit hard by floods from the Herault and Gardon rivers.

The yellow weather symbol applies to the rest of the country.