Frank de Boer, Orlando Trustful and Ronald de Boer excited about Feyenoord: “Compliments for what the club is now offering” 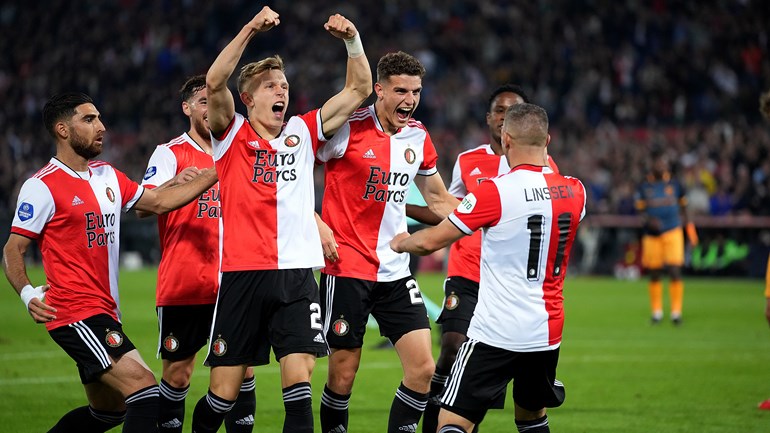 We talk to the three faces of football in a remarkable place: the Padel Championship. Brothers De Boer and Trustfull love to play the padel, which is a mixture of squash and tennis. It is a popular sport among football players.

“It’s a great sport,” Frank de Boer explains. “You have more pools than tennis. Most soccer players feel the ball and catch it quickly. It’s addictive, just like volleyball. Every soccer player loves to play this game.” His brother Ronald de Boer agrees. “I’ve grown up a bit and the field isn’t that big. That’s really cool.”

The former national coach of the Dutch national team has nice words about Feyenoord. “I think everyone is very positive,” says de Boer. “We all want the big clubs in the Netherlands to do well, whether it’s Ajax, PSV Eindhoven or Feyenoord.” “Fyenoord has not done well structurally in recent years. It’s great that the club is back in business again. Everyone has the feeling that the club is working on something beautiful.”

According to Frank de Boer, Het Legioen has not been spoiled in recent years. “It’s great now for the Feyenoord supporters to deliver,” says the former defender. “I think everyone is looking forward to the competition.”

Ronald de Boer is very excited about this Feyenoord. “I think Arne Slot is doing a great job. It’s still early days, but you can see the fun is back with the fans.” football analyst ESPN employment Ziggo Sports Enjoy the first half last Thursday night with Feyenoord’s 2-1 win at home in the Congressional League against Slavia Prague. “That was a really high standard. I really commend Feyenoord for what he is doing now. I hope the club can keep up with that.”

Orlando Trustfull, a former Feyenoord player, also sees the team doing better than in previous years: “I think the coach’s hand is clearly visible in the game. Attacking together, defending together, switching together. It looks good. There’s a lot of confidence.”

At the previous European Football Championship last summer, Frank de Boer left current top goalkeeper Justin Bigelow at home. The former national coach, who had to leave after a disappointing final tournament, is happy with the goalkeeper. Bigelow wasn’t always fit last season. Now the Rotterdam goalkeeper is the No. 1 for Orange.

“I hope he will do well for the Dutch national team for a long time,” says Frank de Boer. “Bijlow has really improved because of the experience he has. It is important that he starts playing big matches. That starts with the Dutch national team, but also at club level. Bijlow will only improve, and then he has a bright future.”

Ronald de Boer is more determined than his brother. According to him, Bello is the future goalkeeper of the Dutch national team. “We’ll enjoy that for years to come, if he stays fit. That also goes for Terrell Malacia, of course.” Ronald de Boer also thinks the penny has fallen out with Orkun Kokjo, who appears to be fitter than before. “It’s fun what Kokjo shows on the ball.”

Trustfull sees many stars. Quote from attacking midfielder Jens Tornstra. “Now he’s a real player in Feyenoord. I think people would love to see him. But Tornstra is underestimated when it comes to what he offers, also tactically.” According to Trustfull, the Toornstra is the embodiment of what Het Legioen would like to see. “I’m a big fan of him.”