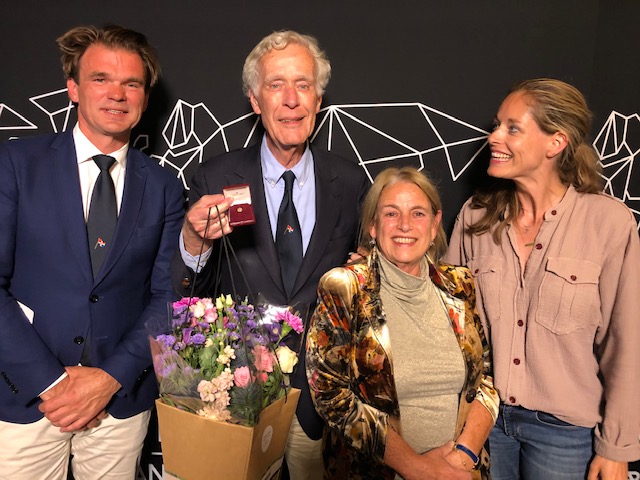 It was the first time for Chairman Ernst Jan Breuer, a direct GMM at the Federal Office in Utrecht. This was possible again for the first time in two years. The hybrid model, GMM could also be followed online, which also provided the opportunity for those who were unable to travel to attend.

Annual accounts approved. Then the President outlined the first outlines of the future image of the Water Sports Association as envisioned by the Board of Directors and Management. This image was supported by the results of the Water Sports Survey, the results of which were recently published by Waterrecreatie Nederland. The picture drawn is well received. In a next newsletter (email it to [email protected] if you have not yet received it and would like to receive it) we will inform about this in more detail.

Two new members of the Board of Directors

With the departures of Jan Stellwagen (Secretary) and Frank van den Wall Beek (Member of the Marketing Communications and Sponsorship Board), two new members of the Board of Directors have been appointed. Peter Thiebaut succeeds Jan Steele Wagen, and Hoip Pannier succeeds Frank van den Walbeek.

Huib Bannier is an active competitive sailor in J99 and Dragon and also loves to sail his boat. He has been active in the world of competition for many years. Banner has a career in sports sponsorship and currently runs his own communications agency.

Pieter Tiebout is a member of Watersportvereniging Heeg and loves sailing in Valk, Cabinsloop and supboard. He has a career as an organizational consultant and has management experience in a hockey club and in healthcare.

Wouter Catz, current Treasurer for the Watersportverbond Board of Directors, has been appointed as Vice President to succeed Jan Stelwagen.

It was also a gala evening in which I won no less than six awards.

nico pon Received a Bronze Medal for his contribution to the promotion of boat sailing. When Texel sailed the first round more than 40 years ago, many did

Different types of boats for which a formula was needed to analyze speed differences and thus determine the overall winner. Nico Bon’s statistical approach does this well. Soon it was used all over the world. Nico has been involved in his rating system until a very advanced age and has always worked to ensure good consultation and coordination, so the Texel rating is still at the heart of the raft world today.

Dinand de Reader Member of the IJsselmeer / Markermeer regional team since 2014. He has been a regional representative since 2017. The IJsselmeer / Markermeer region is a complex region. IJsselmeer has so many users and so many authorities involved that threats are constantly lurking. This ranges from natural interests (Natura 2000, aquatic plants), to energy (wind turbines, solar gardens), fisheries, commercial shipping and recreation. There are plans far ahead.

Dinand has always been able to stress the importance of water sports and the Water Sports Federation, often in collaboration with other water entertainment organisations. For example, he managed with Hiswa-Recron to arrange support for the dredging of ports affected by an early lowering of the water level.