Fun Climate Activist: “Does your hand hold the microphone now?” 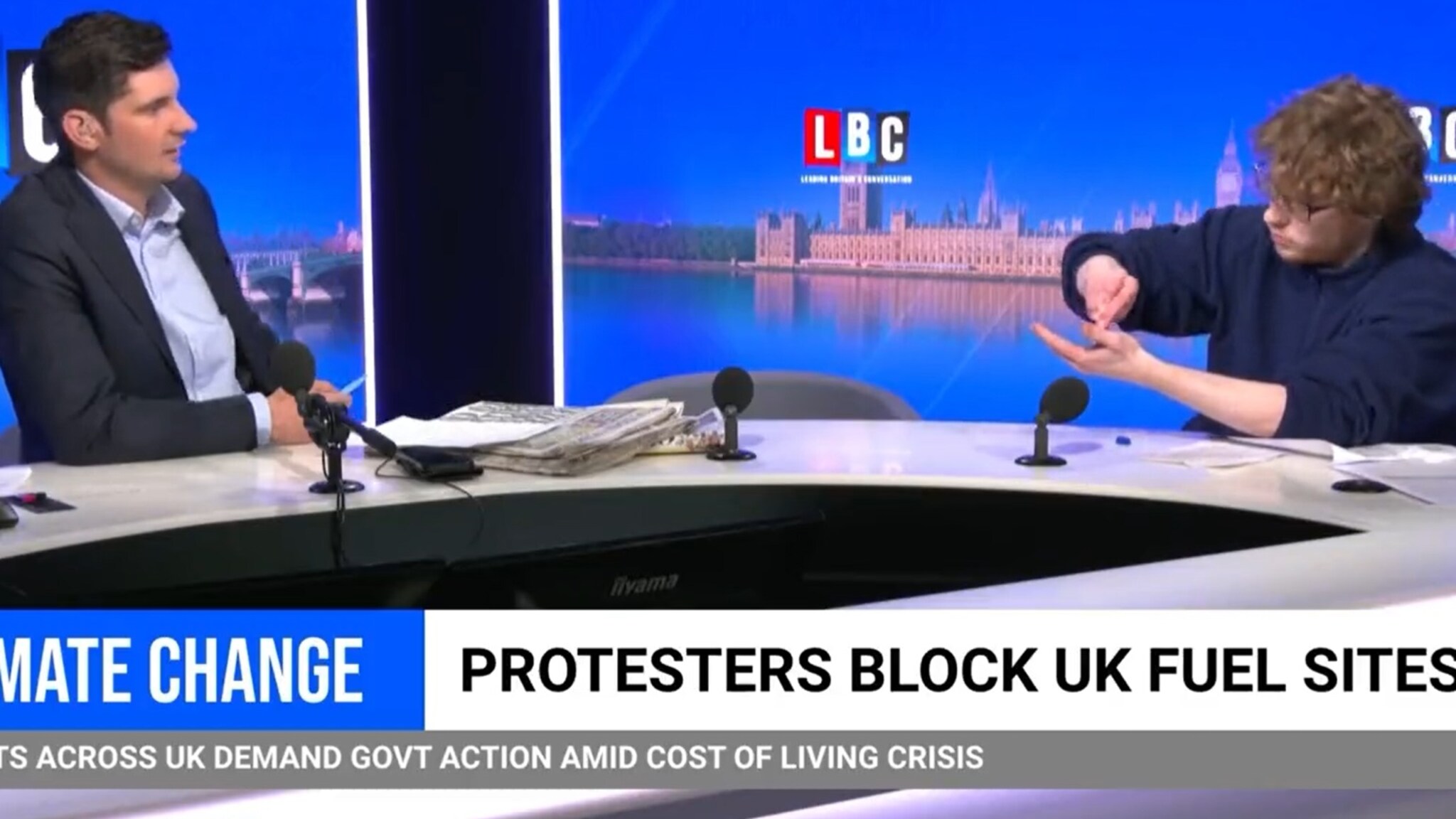 Just Stop Oil spokesperson Nathan McGovern spoke with LBC presenter Tom Swarbeek about how the radio station handled a message from the working group. While McGovern was speaking, he took a tube of glue from his pocket, smeared it on his hand, and grabbed the microphone.

“The platform is not used enough”

“For those of you who are wondering what beats they hear now,” said Swarbick, “it sounds like Mr. McGovern… have you put your hand on the microphone now? That’s cool!”

McGovern then explained to the presenter that he feels he is not using the station’s “big platform” enough to show the effects of climate change. “In a situation like this, I should grab the microphone and tell people what situation we’re in because people like you wouldn’t,” the spokesperson said.

Draw for another goal

This wasn’t the first time Just Stop Oil had heard of itself in such a playful way. Less than two weeks ago, a player ran onto the pitch during the Premier League match between Arsenal and Liverpool and tied himself to the goalpost. With such measures, Just Stop Oil wants to persuade the British government to put an end to projects related to fossil fuels.

See also  Lukashenko: We may have helped immigrants | Abroad