G7 comes with a large infrastructure project, the counterpart of China’s Silk Road 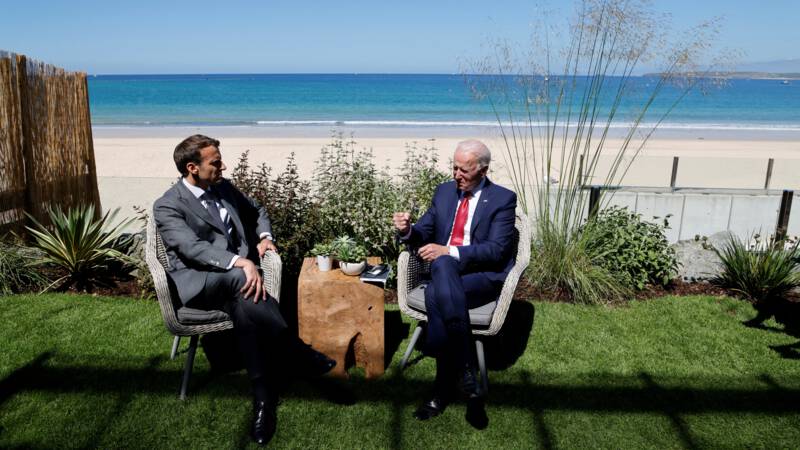 The G7 countries agreed on a major project to help developing countries with their infrastructure. The agreement came on the second day of the Cornwall summit of Britain’s seven richest democracies. There is still no agreement on how to hold China accountable for human rights abuses.

Details of the infrastructure plan are still unclear. For example, it is not yet known how much money is involved and how the countries will be helped tangibly. What is certain is that funds are being sought in the private sector to invest in projects in the areas of climate, healthcare, digital technology and (gender) equality.

US President Biden called for an agreement. He would like the G7 countries to balance the growing economic power of China. Forty years ago, the Chinese economy was smaller than the Italian economy. The country is now the world’s second largest economic power, with a leading position in many new technologies.

In 2013, China launched a global infrastructure project called the New Silk Road. Since then, agreements have been signed with more than a hundred countries around the world to build ports, railways, airports and highways, among other things.

A US official says the infrastructure plan is not just designed to beat China. “It is true that until now we have not had a positive alternative based on our standards, values ​​and the way we do business.”

The G7 countries have yet to agree on condemning forced labor by Uyghurs in China. President Biden also insists on this point by sending a strong signal in the closing statement, tomorrow on the last day of the summit.

This issue was discussed bilaterally in various consultations today, but no agreement on a common text has yet been reached. The UK, France and Canada are said to support the US and are ready to send a strong signal. A US official said Germany, Italy and the European Union would prefer more caution.