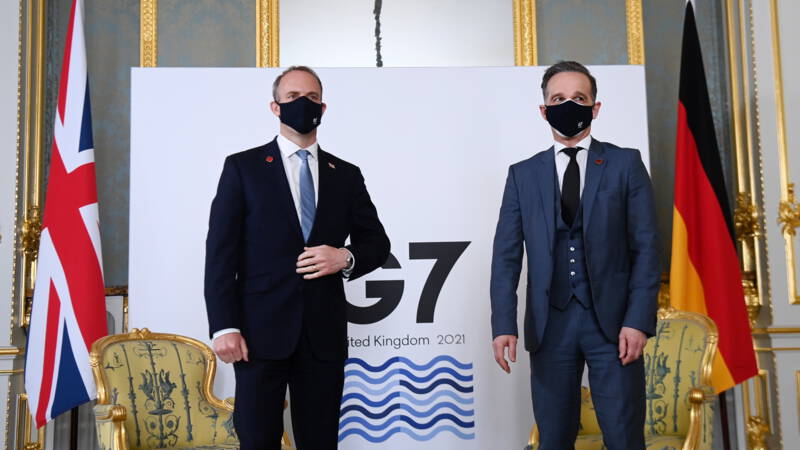 The foreign ministers of the G7 countries criticized Russia and China after a three-day summit in London. The G7 ministers see the Kremlin as “evil” and the Chinese regime in Beijing is called “a bully” in the joint statement, without taking any concrete action thereafter.

The ministers met physically for the first time in a long time. Then, they said, Russia is trying to undermine democracy and threaten Ukraine through Russia’s military deployment in eastern Ukraine and the annexation of Crimea in 2014.

The Ministers also condemn the Russian use of disinformation and cyber attacks. The curtailment of the opposition has also been indicated, with the imprisoned opposition leader, Navalny, mentioned.

In a 12,000-word statement, they said that China is guilty of human rights violations and misuse of its economic power to “bully” other countries. He also criticizes human rights violations against Uyghurs in Xinjiang, and Beijing’s growing influence over Hong Kong, the former British crown colony that has lost more and more democratic achievements in recent years.

“We call on China and the Hong Kong government to end the targeted fight against rights and freedoms, and against democratic values,” said the G7 ministers, who also believed Taiwan should be able to participate in the sessions of global health organizations.