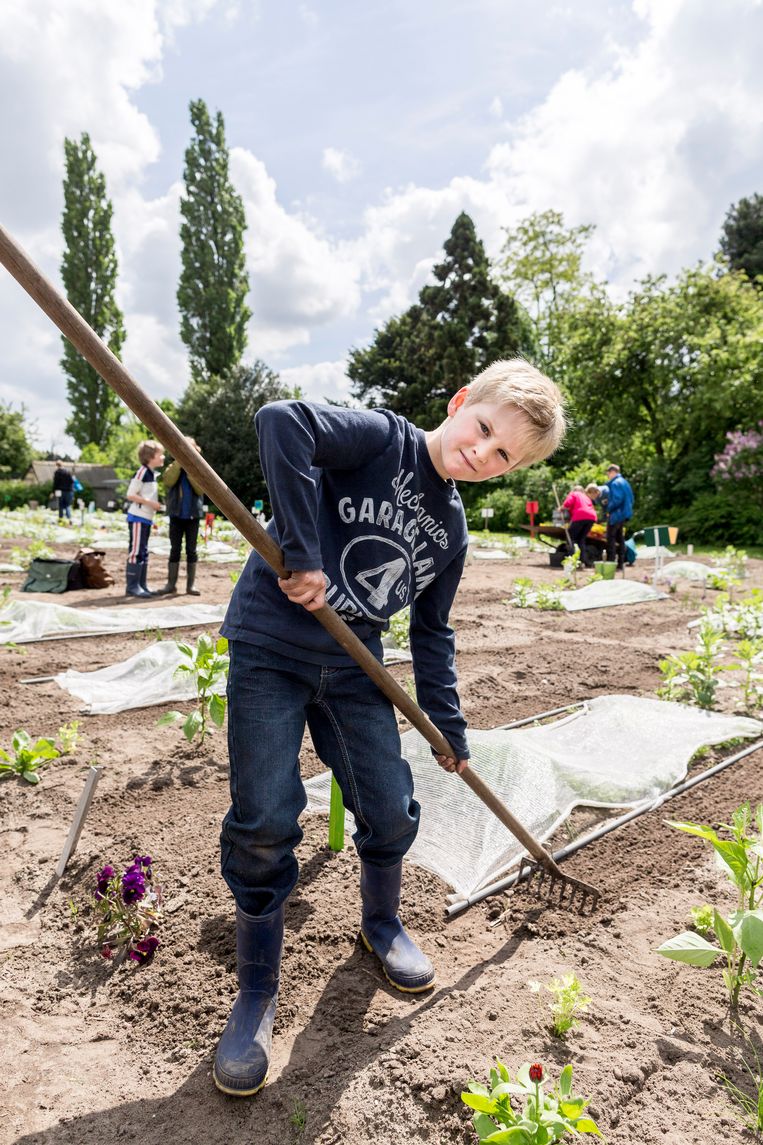 The municipality writes this to the board of directors of Groengebied Amstelland, which runs the Gaasperpark. Relocation of the city’s largest school garden is essential to make room for a sports complex. In the next 20 years, approximately 40,000 homes will be built in the Southeast, and the municipality really wants to ensure that future residents have access to sufficient facilities for doing sports.

The site of the current school park south of the Gaasperdammertunnel is, according to the municipality, one of the few places in the area where a number of sports grounds could still be located next to each other. The new Prasapark on the roof of the tunnel has also been considered, but there is a lack of space there. “It has become very difficult to find a place,” says a municipal spokesperson. “Residences include facilities such as green spaces and sports fields.”

In terms of the municipality, the schoolwork park will move to a sector in the Gaasperpark between Langbroekdreef and Meibergpad in the coming years. The school gardens are included in a future plan for the Gaasperplas, which was created in a scheme by the council last year. Details are still to be filled out, but in any case there will be a bike path through the school garden connecting central Zuidoost with Weesp. But the spokesperson stresses that nothing has been decided yet.

The school garden has existed in Gaasperdam since 1990 and is the largest of all thirteen school parks in the city. Before 1990, children from the southeast went to Mathilde Veenendaaltuin in Slotervaart. It has been closed to make room for housing. The municipality then decided to create a new school work garden in the southeast with double the capacity: more than a thousand gardens instead of the usual five hundred.

The fact that the existing complex must also give way to new developments comes as a shock to Ama Koranteng-Kumi of Bloom & Growth, a school garden user. “We started our activities here in 2014. We had the opportunity to start one of the 10 botanical gardens for 10 women from the neighborhood.” Healing Garden. There are many good memories in this place. I have no idea what these plans mean for us, but they certainly mean a lot of uncertainty.”

Bloom & Growth’s ideal of creating a safe and peaceful garden for vulnerable women from Zuidoost is no easy feat. The Venserpolder vegetable garden was shocked last year by the announcement of the building next to the garden It will become the neighborhood judge’s new and safe home. Koranting Kumi: “Something will change again over which we have no influence or control. I can only hope that we will keep a garden in Jasperdam.”

Thinking with the city

The latter is due in part to Groengebied’s board of directors, which will be informed of the intent this week. No decision will be made yet. A working group will be formed to investigate the feasibility of the plans and possibly come up with a proposal in the spring. On behalf of Groengebied, Program Director Kees Rood says he wants to think along with the city. “Amsterdam is the driving force behind the renewal of the Gaasperpark. A lot of money is being made for that.”

This does not mean that the proposal will be adopted without further ado. Rod: “We also have to take into account the increase in population and the growing need for recreational spaces. School gardens operate on a concept that has been around for more than a hundred years. Groengebied also believes that it is important for students to interact with nature and a healthy diet, but perhaps it can also be done So in a more modern way, for example by combining functions.

Green in the city is under pressure


The city’s green spaces are under pressure. This applies to school gardens as it applies to allotments, says Els de Wit of the city’s Bond van Allotment Gardeners. “It’s a familiar pattern. Many of the complexes were built long ago on the outskirts of town. As buildings age, the former edge of town suddenly becomes downtown and aging plots are very common. Then come the planners and project developers.”

Dedicated gardeners in town know that they are represented by a board that critically examines all plans and proposals as to implications for affiliated societies. De Witt: “It’s important to be there early. A lot happens on the drawing board. Then suddenly a new line appears on the drawing. This turns out to be a bike lane or a bus lane. We consider it our job to constantly point out: Don’t forget to think about the green spaces in The city too.”

The city’s thirteen school work parks are part of the municipality. This also provides certainty, because it is the municipality that decides that all students in the highest groups have a right to a school garden. Rightly so, De Wit agrees. “All children should be able to recognize nature, to see with their own eyes how a head of lettuce or a tomato grows and to be able to dig with their hands in the ground. This is the strength of the allotment garden, but also the strength of the school garden.”