Gay Santa kisses man in a Norwegian commercial: ‘No seeing, no kissing’ | Abroad 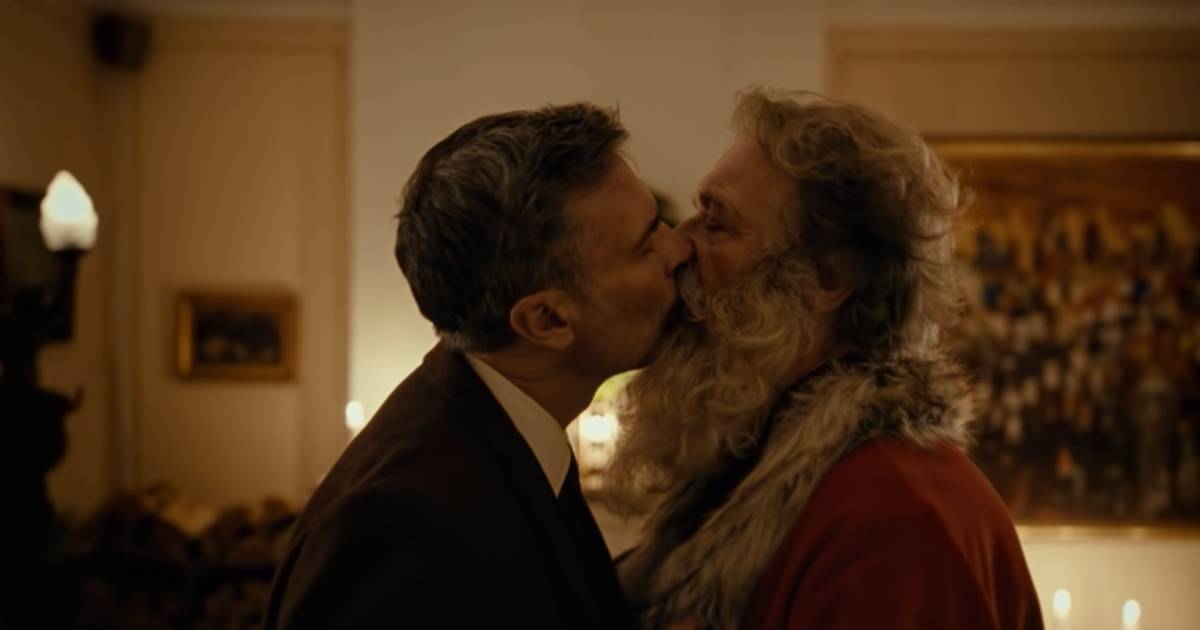 A Norwegian commercial in which Santa enters into a relationship with a man, including a kiss, has won international acclaim. Posten Norge is celebrating the announcement of the ban on homosexuality in the country exactly 50 years ago.


in a When Harry Met Santa – A reference to the popular rom-com When Harry Met Sally – You follow a man, Harry, who meets Santa in the middle of the night as he delivers gifts to his house. The guys look at each other and seem instantly in love. However, Santa quickly escapes through the chimney.

Every year the men meet again, and each time their bond improves. Harry wears his best clothes on Easter and the two give gifts to each other. But duty calls: Santa Claus always has to leave. “I’ll miss you,” you hear Santa say during a shot of Harry crying the day after Christmas.

Harry then writes a letter to the North Pole saying,all I Want for Christmas Is You. He was surprised when there was no Santa Claus that year, but the postman brings gifts to the door, and Santa Claus is in his living room. “I arranged the help this year…so that I could be with you,” Santa says. Then the men exchange a kiss from the heart, after which the camera zooms out.

a lot of praise

Posten’s Christmas advertisements are highly praised not only in Norway itself, but also internationally. In the comments on YouTube, you can read that many people have tears, and positive tweets are also raining on Twitter.

At Philip Tijsma of COC in the Netherlands, the ad also drew a smile on the face. A very beautiful and beloved advertisement, and in the nature of what is depicted lies its strength. It is very important that people with sexual and gender identities are different from what is usually seen in movies and series, as well as in advertisements. By portraying the relationship between two men in all that is natural and obvious, you also make it natural. Without vision there is no acceptance, that’s what comes down to it, and that’s certainly still necessary. A third of the Dutch still find a kiss between two men offensive.

By clearly portraying the relationship between two men, you also make it natural

Not a political issue

Posten’s Christmas ads are usually the funniest. This is how they hit earlier He mocked Donald Trump’s unusual tweets, and wondered Another Christmas Announcement I wonder if the Virgin Mary was really a virgin. They took a different path this year. Marketing Director Monica Solberg explains: “Publishing is an inclusive workplace with a lot of diversity. As always, the main objective of the campaign is to show that Post is always innovative. In addition to the flexibility of our services, we want to place them in a socially appropriate place, with important topics. For the community around us and us in Posten.”

Not all of the feedback is positive, but the company was ready for it, Solberg said. She rejects the feeling that advertising mixes Christmas with politics. “The right to love whoever you want is a fundamental human right and will not be considered a political issue in free democratic societies in 2021. The Norwegian Post has been connecting people for 375 years and will continue to do so regardless of orientation or gender identity.”