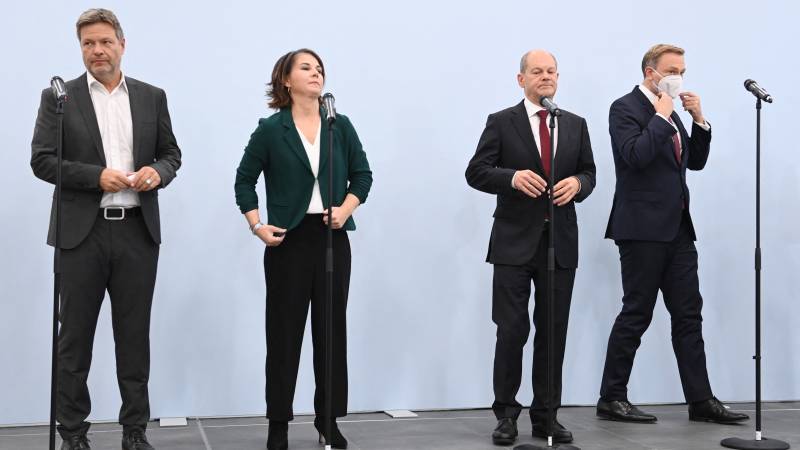 As expected, Germany’s Green Party board, Bündnis 90/Die Grünen, voted by a large majority to negotiate a coalition government with the SPD and the liberal Free Democratic Party.

And it was previously announced on Friday that the negotiators of the three parties next step in order to form a government coalition. They also generally agree on important issues. For example, the Liberals negotiated no tax increases, the SPD got an increase in the legal minimum wage to 12 euros an hour, and the Greens managed to shut down all coal-fired power plants by 2030.

The “Traffic Light Coalition”, named after the colors of the SPD, Greens and Liberals, is now approaching. The board of the SPD-candidate Prime Minister Olaf Schulz has already approved negotiations on Friday, and the FDP board on Monday still has to formally agree to further negotiations.

At today’s Green Party meeting in Berlin, 2 of the 70 members voted against the negotiations. One member abstained from voting, according to the DPA news agency. After years of opposition, Green Party leader Robert Habeck told the news agency that “a piece of green history is currently being made”.

The German newspaper Bild reported that there was a bargaining over the distribution of important ministerial positions, such as the position of finance. The newspaper said Habeck and FDP chair Christian Lindner could claim this.