Get out of the climate depression, says this climate optimist 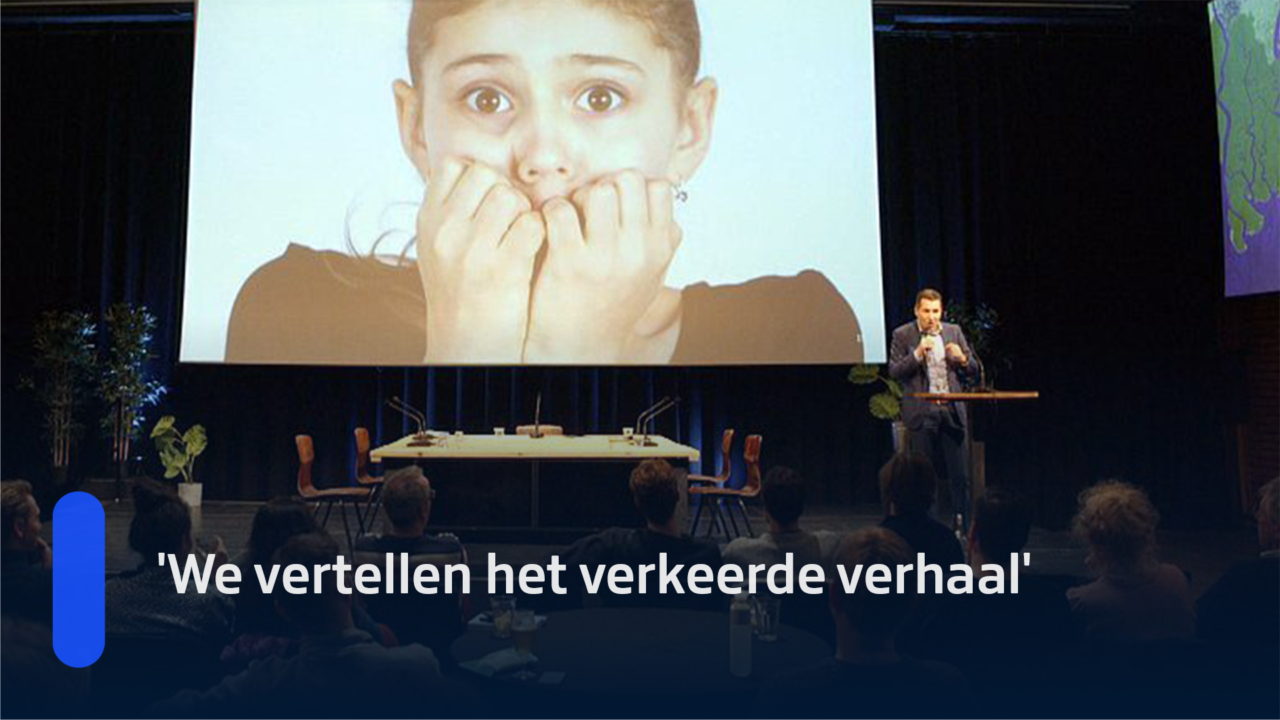 The idea for the book was born in his daughter’s class. She was in the sixth group, and van Hattom, as the leader of the Climate Solutions Programme, taught a lesson on climate change at Wageningen University and Research.

‘We are telling the wrong story’

“We always show what climate change does. So I showed all kinds of terrible pictures. Floods, wildfires, droughts,” says Van Hatum.

“One time I looked around the classroom and saw the fear in these kids’ eyes,” he continues. “And then I thought, We’re telling the wrong story.”

Not only his daughter’s classmates, but a large part of the Netherlands feel this way, Van Hattom believes. “We’re all scared and feeling a little hopeless. We feel like things aren’t going to get better. I think it’s more important than ever that we don’t lose heart right now, but take action.”

So a book came out: Lonely Planet, Climate Guide for the 21st Century. “It’s a vision of the Netherlands in which we put the natural order at the center of everything we do. This produces a wonderful future, and a wonderful country to live in. That is very inspiring.”

“The climate discussion is very technical.”

The Netherlands is now lowest in the European ranking of countries with healthy biodiversity. There are only 15 percent of the original plant and animal species that we had in our country in 1900 left here. By comparison: the European average is 40 percent.

But van Hattom thinks the climate debate in the Netherlands is too technical and gives the energy transition plans as an example. According to him, it is of great importance that the whole of society achieve greater balance with nature. “This is the cheapest and most promising climate solution.”

He believes we often forget the “easy” solution. We need forests on a grand scale, wetlands and restoration of mangrove forests. Make the sea healthy again, make the soil healthy. This is the most important climate solution, which we pay so little attention to.”

In addition, the researcher wants to give water more space in our country and adapt the food system to a vegetarian diet. In addition, cities should be future-proof with more green spaces and houses made of wood.

What else is necessary, according to Van Hattum: balancing the economy and the ecosystem. “We keep talking about economic growth, but our economy is no longer growing if we count the environmental damage.”

He admits that a vision of the future may not sound very attractive. But we have to give back what we all get in return. “And that’s very inspiring, because people want more of nature. They want cleaner air, cleaner water, and better health. It also creates many jobs.”

He believes that some missionary work is still needed to sell his ideas. “I think we’ve been bombarded with bad news in recent years, all the doomsday pictures and doomsday scenarios about what’s going on. But you can also inspire people where we want to go.”

According to climate optimists, these doomsday scenarios have a crippling effect. “Everyone is pointing fingers at each other. Citizens think government should do it and government look down on corporations. But everyone should work. It’s important to think about who you’re voting for and what this party thinks. If you then read these party shows, there’s a lot From parties that don’t think about it at all.”

“We have to pull out all the stops.”

According to him, the government can provide important guidance by speeding things up through legislation and regulations. “More compelling measures will also be needed, for example making things more affordable. And we see now that if energy becomes too expensive, we can make cuts, no matter how inconvenient that is. We just have to do everything we can to address this key issue. A global problem. To seize.”

Although Van Hatum is a climate optimist, he also had difficult moments while writing his book. “But I’ve talked to a lot of people, and everyone says we also have to keep inspiring. Hope and communication are so important to getting people to take action. If we don’t collectively believe in it anymore, things won’t work out.”