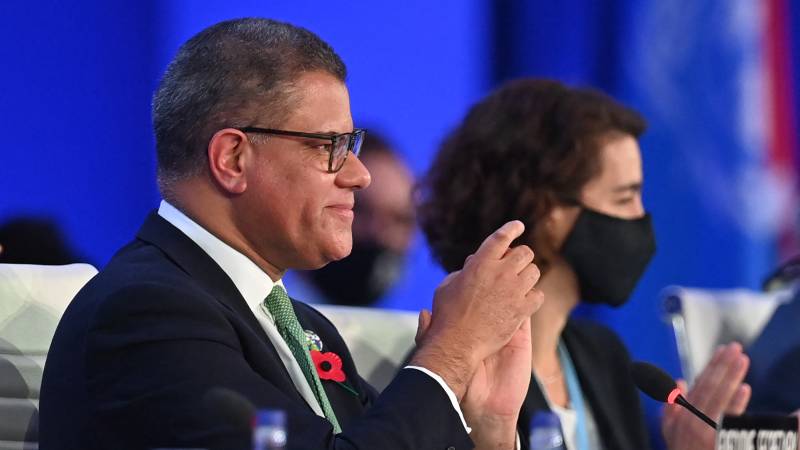 New global climate pacts have been struck in Glasgow tonight. After a day full of discussions over the exact wording, Summit Chair, Britain’s Alok Sharma, drafted tonight’s closing statement. This puts an end to two weeks of negotiations between nearly two hundred countries.

At the last moment, debate erupted with China and India in particular. Countries were dissatisfied with parts of the text. China and India wanted to amend the fossil fuel text and stop coal. In the text, the initial wording, “towards phasing out”, was changed at the last minute to “phasing out,” or “reducing” rather than “finally phasing out” the use of coal.

For other countries, especially from the European Union and small island states, this has been a major disappointment. However, all delegations eventually agreed to the closing statement. In speeches earlier in the day, many states emphasized that there are elements they are not entirely happy with, but that it is important to make compromises. They said that even a reduced agreement is better than no agreement at all.

President Alok Sharma has regularly emphasized in the past 14 days that “1.5 degrees survived” It had to be. It worked, he said tonight, but “the pulse is weak.” US climate envoy Kerry and European Commissioner Timmermans in particular have tried to get everyone to the same page to the end. According to Kerry, the script will lead to more global ambition.

The American admits that some countries will feel uncomfortable with parts of the statement, but in his opinion it is a good text in all. “We all know the old saying in negotiation: You can’t let the desire for perfection get in the way of a good deal. And that’s fine, it’s a powerful statement,” Kerry said.

Before it was clear that the final statement would be adopted, several representatives of the small island states gave a moving speech. The islands fear the harmful effects of sea level rise. During their conversation, they indicated that they did not want to come home with a bad message.

For example, a Tuvalu representative uploaded a picture of his three children and said, “I have three grandchildren and I look at their pictures every night. I think about what to say to them when I get back from Glasgow. Best Christmas present when I can say Glasgow is a success.” His colleague from Palau said, “I don’t want to go back to my three kids and tell them we failed here. Everyone will never be happy, and yet I invite everyone to join in.”

But India used his speaking time to stress that it has the right to use fossil fuels responsibly and that they are important to the well-being of the population. The state accused the rich countries of living unsustainable lifestyles, with a profligate consumption pattern.

Over the past two weeks, Glasgow has mainly focused on three topics. Poor countries want more Money From rich countries to take climate action. Not only will they have to go through an energy transition, they will also have to adapt to a changing climate. They also want compensation for damages caused by climate change.

Poor countries are most vulnerable to floods, severe droughts and sea level rise due to global warming. At the same time, they are the least responsible for greenhouse gas emissions.

Another difficult topic was the temperature targets from the Paris Climate Agreement. The 2015 agreement states that global warming should remain “well below” 2 degrees, preferably less than 1.5 degrees. But since then, science has shown that the consequences will be much more severe at 2 degrees than at 1.5 degrees.

This is why the European Union, the United States and the Low Island States in particular wanted the final declaration to state that the target should be a maximum of 1.5 degrees. Before Glasgow began, it was already clear that the climate ambitions of all countries combined would be nearly insufficient to achieve this goal. That is why it has now been agreed that countries must present a tough climate target next year, with a temperature of 1.5°C within reach.

The third important topic is the so-called rule book. This refers to the set of rules that countries must comply with when implementing the Paris Climate Agreement. This rulebook has been negotiated for six years. Article VI in particular led to endless discussions. It regulates emissions trading between countries.