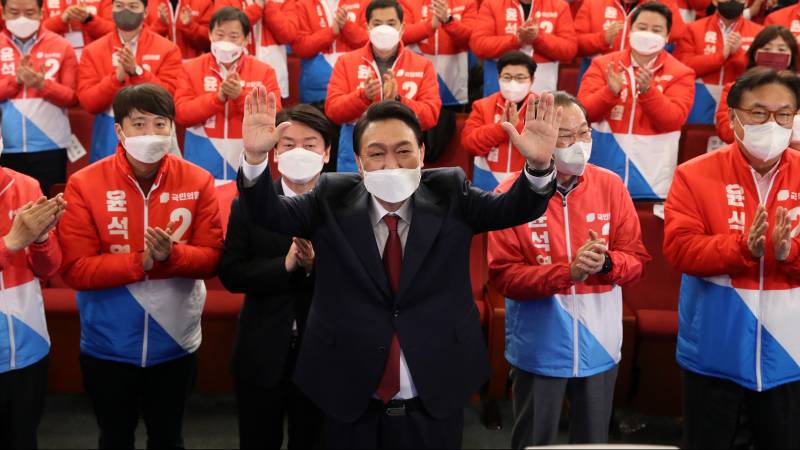 Conservative opposition candidate Yoon Seok-yeol succeeds Moon Jae-in as President of South Korea. The 60-year-old contender won the election by a slim margin against Lee Jae-myung, who ran on behalf of the ruling party. The participation rate was 77 percent.

Yoon received nearly 48 percent of the vote, according to international news agencies. In his victory speech, he said he wanted to work with the opposition in the coming years. The opponent of Yoon Lee Jae-myung of the center-left Democratic Party conceded defeat after nearly all the votes were counted.

Yoon, who is not an experienced politician, will lead the country for the next five years on behalf of the People’s Power Party (PPP). Before entering politics, Yoon was the prominent prosecutor in South Korea. He was instrumental in the conviction of former President Park Geun-hye, who was imprisoned on corruption charges.

He is expected to want to increase cooperation with the United States and take a tough stance on neighboring North Korea.

In the field of domestic politics, he has to deal with the huge income disparity among South Koreans. In addition, many residents of the country suffer from high debts.

Since then the White House congratulated Yoon. “The alliance between the United States and the Republic of Korea, our economies and our people is very solid,” Washington said.

See also  156 others missing in Miami: How could a 12-story building collapse?