Graffiti Street is all painted blue: “Just as a reminder that this is a public space and no one can claim a piece of the wall” | Ghent 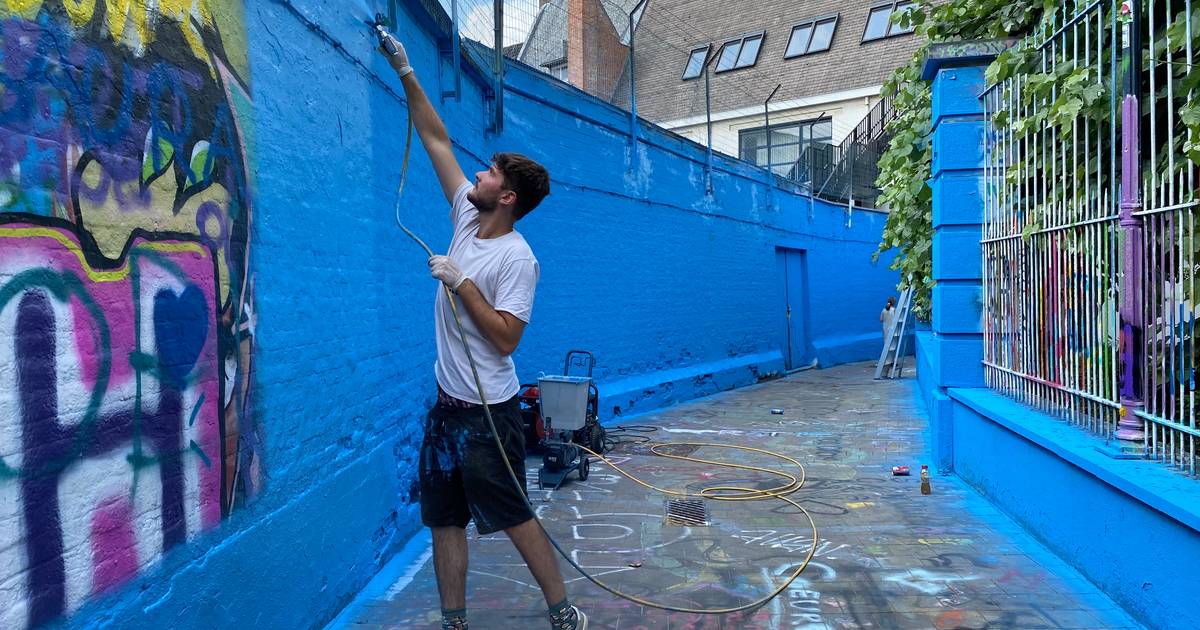 gentGraffiti Street in Ghent is painted almost entirely blue. Last year she wore all-white clothes, which sparked some controversy. The message is the same: we start over with a blank white cloth.

The Werregarenstraat looks different every week, but just before the weekend it underwent an amazing transformation. The walls of the alley – with the exception of a few places – were completely painted. This was actually done last year, to highlight the opening of the new Ghent University Museum, which has sparked some controversy. However, over a year later, vzw Wallin’ street artists did the same. This time Graffiti Street was painted all blue.

“We’ve cleaned it up again,” says Rick Molyneux of Wallin’ vzw. “In the past, this was done every year by Graffiti vzw, until six years ago. A few years ago we chose this tradition again. Over time, there are a lot of marks and scribbles here that don’t contribute to anything. That is why it It’s a good idea to repaint everything regularly. It’s also a good reminder to ego-lovers that it’s a public place, and that they don’t have any claim to certain pieces of the wall.”

However, some works have remained untouched: new graffiti by Lukaku, somewhat older work that refers to the Chovanec affair, work by Phase – founder of Ghent Gravity. “We leave out the things that are still going strong today. We left the stage work, who passed away last year, as a tribute.”