Grandiose Remco Evenepoel puts a peloton in his shirt | Cycling 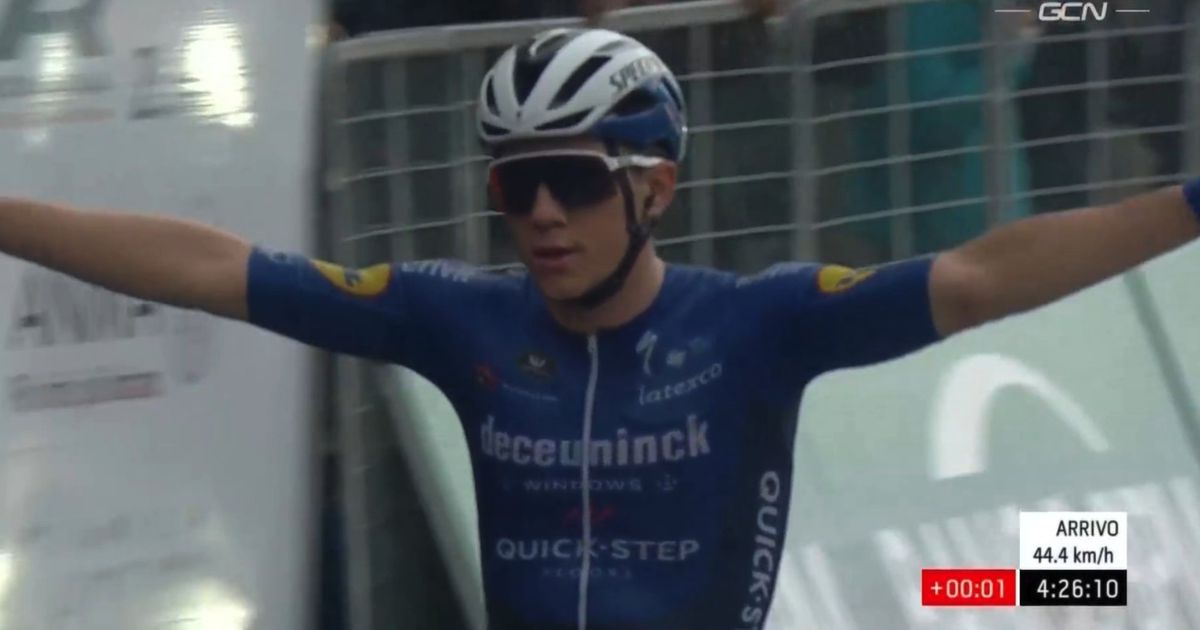 The 21-year-old Deceuninck-Quick Step captain pulled away from a leading group of six in heavy rain more than 30 kilometers from the finish line and finished alone by more than two minutes. The Belgian even doubled the peloton on the local circuit.

And so Eevenpoel follows in the footsteps of compatriot Rick van Looy, the only other Belgian winner (57 and 58).

“The Bernocchi Cup isn’t usually for me. I looked at the profile and it’s basically a sprint. On Monday, he said I basically ride them so I don’t have to train” Newspaper. to add to it. “If the weather is bad, I will not take any chances. I will probably go down the road.”

And whether it rained near the Italian Legnano. Evenepoel did not dismount, but the attacks did. The brave 21-year-old jumped 120km from the finish on a break with teammate Fausto Masnada, France’s Thibaut Pinot, Italians Samuel Battistella, Alessandro Coffey and Antonio Bobbio. The six of them quickly built a reassuring lead on the pack.

Approximately thirty kilometers from the finish, Evenpool resolved his demons on one of the race’s last climbs. He immediately took half a minute into the rest and methodically increased his lead on the local circuit around Legnano to more than two minutes over his five companions. The peloton was so far away that it was sidelined when it doubled by Evenepoel.

He had time to celebrate widely in the last kilometer. For the Deceuninck-Quick Step leader, this is his eighth victory of the season, after, among others, the Druivenkoers, the Brussels Cycling Classic, the Tour of Denmark and the Baloise Belgium Tour. Moreover, a big boost to the Lombardy Tour, scheduled for Saturday.

Italian cyclist Marta Bastianelli won the first stage of the Women’s Tour of Great Britain. She was the fastest in the sprint group on the stage from Bicester to Banbury. Australian Chloe Hoskins took second, while French rider Clara Coboney finished third. The best Dutch woman was Dutch champion Amy Peters in ninth place.

The Women’s Tour is a six-day staged race. In 2014, Marianne Voss was the first winner of the British Cycling Tour which is part of the WorldTour.