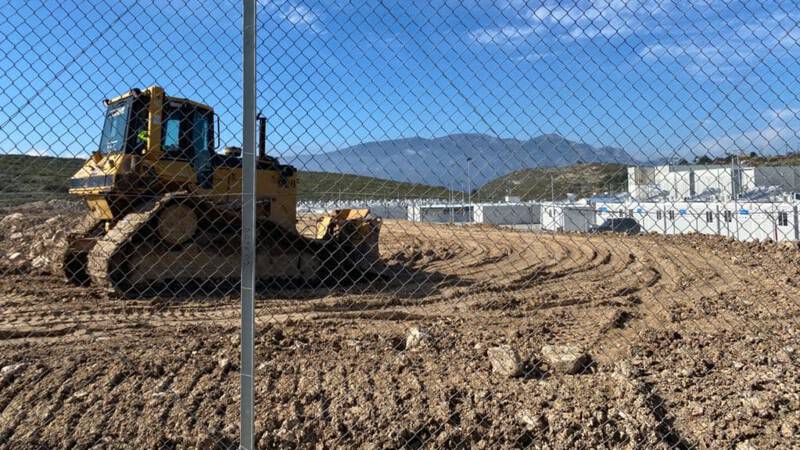 Greece will receive 155 million euros from Brussels to build new reception centers on the islands of Lesvos and Chios. The agreement was signed today during the visit of the responsible European Commissioner, Johansson.

Last year it was already agreed that European funds would be made available to new or modern reception centers on the five islands where the refugee camps exist. With the exception of Lesvos and Chios, these were Samos, Leros and Kos. More than 120 million euros have already been allocated to these three islands.

According to official figures, nearly 14,000 immigrants now reside on the five islands. Just over 6,500 of them live in a tented camp on Lesvos, which was set up hastily after the destroyed camp. To burn That turned the infamous Moria camp to ashes in September.

Lesvos and Chios funds were already in the making, but there were bureaucratic problems and resistance from the local authorities. There was also reportedly a disagreement between the European Commission and the Greek government over what the new reception center should look like.

The Greek center-right government, which has pursued a stricter immigration policy since it took office in 2019, wants more “closed” camps. The European Commission does not endorse this. “It will be open, not closed. We will not imprison people,” Commissioner Johansson told a news conference. “We don’t want people to spend another winter in tents.”

Greek authorities now face the task of completing the new reception centers before next winter. This involves logistical problems, but possibly protests from some locals and authorities, especially on Lesvos and Chios. The sites have already been identified, but construction tendering procedures have not yet started.

Samos is the only island so far that has a well-developed camp. Reception centers on the islands of Leros and Kos are adaptations of the existing camps. According to Greek Immigration Minister Mitracis, these sites will be ready in about three months.