Hamilton left room for Verstappen in turn 1: “Not a sprint, but a marathon” 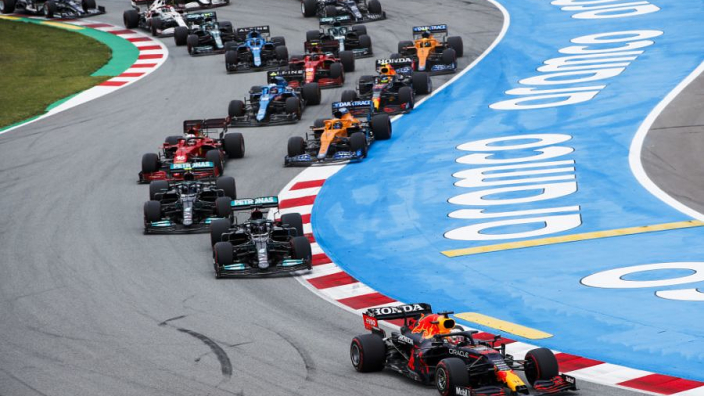 Lewis Hamilton won the Spanish Grand Prix for his speed in the middle. However, at the start of the race, Verstappen appeared to be the boss after the Dutchman overtook the move in turn. The reigning world champion explains why he was not in the fight at that point.

Hamilton says first and foremost that the interaction between him and his team is very good, and according to him this is the basis for the current success of Mercedes. “When we started this season, we knew that we have to get out of the basic blocks better than ever,” he says on camera. Ziggo Sport. “We had to evolve even more to be able to withstand Red Bull. I knew that was due to the interaction between the team that improves the car and me in providing all aspects.”

“Of course we still have a lot of races to go and there is still a lot to happen, but this was the best start of the season so far. I don’t want to spoil it, but that’s also how we plan the end,” Hamilton continued. He still saw a point of improvement for Mercedes, which he suffered early in the race today. According to him, this is not because he is less aggressive than the Dutchman. “I don’t know if Verstappen is more aggressive, they seem better at first than we are. We’re working on that.”

Hamilton explains why he let Verstappen go in the beginning. “He was in my blind spot, I wasn’t sure where he was, when we got into the first turn, we brake too late. If I had sent, we would have hit each other, so I gave him enough space.” Hamilton says he made this decision out of his experience. “This of course is the right decision to make. For me it is not a sprint, but a marathon. I know it because of my experience. I knew I could respond afterwards.”