Harry and Megan thought about going to New Zealand 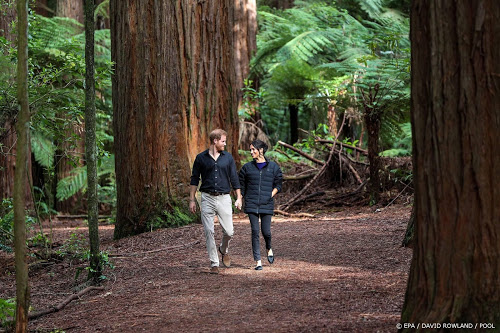 Prince Harry and his wife Megan are thinking about going to New Zealand. When the couple visited the island in 2018 with Governor General Patsy Reddy, they talked for more than a year about leaving their state duties and going to the United States.

Reddy recalled that Harry and Megan were tired during the 16-day tour. “When we sat down and drank they went to Abel Tasman National Park. They imagined what it would be like to live here and wondered loudly if it was theoretically possible,” Reddy said in an interview with the Associated Press news agency.

The governor-general, who represents Queen Elizabeth in New Zealand, said it was “obvious” possible and that the possibilities should be explored. “They were still thinking about how to raise their family. They have made that clear ever since.”

Reddy did not see the conversation as a formal request for help, nor did he see it as an informal conversation. According to her, Harry and Megan were clearly inspired by life in New Zealand.