Heavy rain continues, half a million Australians may have to flee 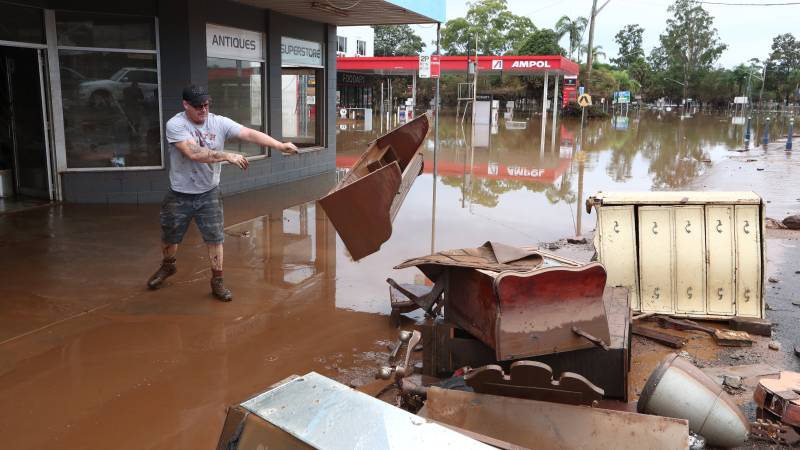 Once again, thousands of Australians have been asked to leave their homes due to the floods. Evacuation orders or warnings are now in effect for 500,000 Australian on the east coast.

Last weekend, torrential rain began in the northeast, in the state of Queensland. Brisbane is also located there. Within three days, 80 percent of the rain that normally falls in one year fell. At least ten people perished†

The storm has now moved largely to the southeast, into the state of New South Wales, which includes Sydney. Heavy rain is expected to continue for a while.

Today, between 5 and 25 cm of rain is expected in New South Wales. In some places, it may drop 20 cm in as little as six hours. There is usually about 14 cm of rain in the entire month of March.

State Premier Dominique Perrottet said the severity of the floods since last year overrun. It was the worst flooding in 60 years: “We think it’s going to get worse before it gets better.”

In western Sydney, the Warragamba Dam has flooded 600 billion liters of water. 130,000 homes are at risk of being hit by water. 250 schools in New South Wales have been closed due to the floods.