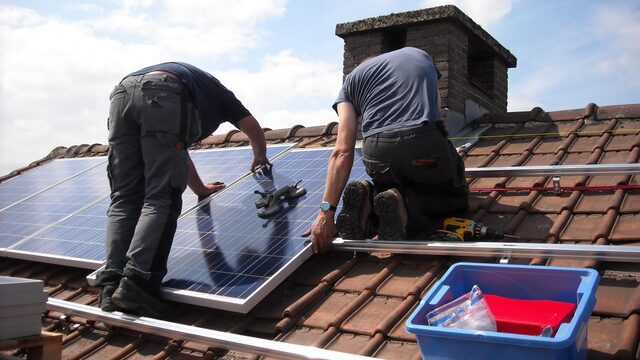 Due to the large amount of electricity, the network operator Tennet and regional providers are not always able to arrange new connections. New companies in Brabant and Limburg no longer receive such contact. But there’s not only a problem there, it’s also in Randstad, says Smulders: “In Amsterdam, sustainable ambitions have been put on hold in part because there are also connectivity issues there. There can’t be an entirely new residential area with electrical facilities planned.”

This has something to do with the large supply of electricity that officials have to deal with, Smulders says. Many people with solar panels supply their excess power to the grid, but that sometimes means there is too much power.

There is no extensive electricity network

The power grid can’t handle it, because the Netherlands doesn’t have a wide power grid compared to other countries. “A little camping site,” Smulders laughs. “That’s because we have a coherent natural gas system. That’s why we didn’t need a very extensive power grid.”

Smeulders: “Electricity was previously a one-way street. We had a big power plant that supplied power to the suppliers, and the farther you were from the power plant, the thinner the cables. Compare it to a tree: near the power plant you have a thick trunk, but the further away you are, the more The twigs were thinner.

To prevent overburdening, Smearders offers a striking suggestion: cut backs. At the moment, there is a grid arrangement for the re-supply of electricity, but it is better to cancel it, he believes. “You could, of course, say: Give a little support and invest that money in thickening the cables.”

The government has also extended the netting arrangement. Not a good idea, says Smulders. “We cannot bear the burden of sustainability success.”

By the way, Smulders is not against greening: he is a member of GroenLinks.