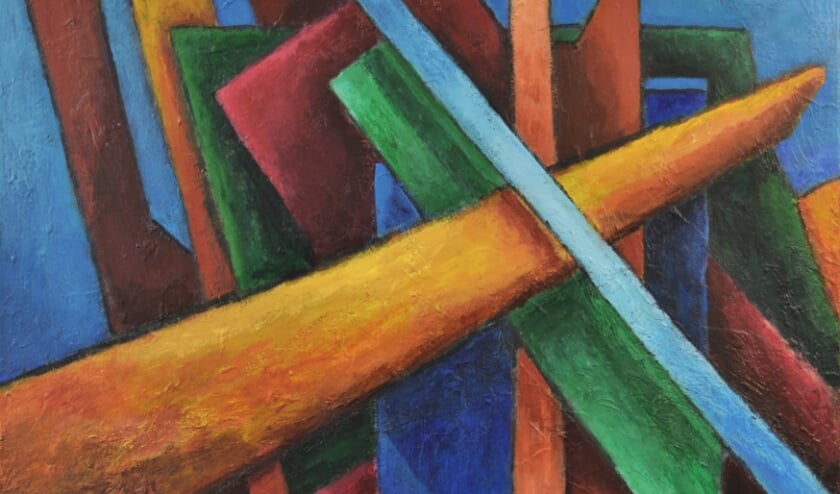 Wood / nearby ones Houghton painter Kirt Jagger will be exhibiting his paintings on Thursday, Sept. 2 to Sunday, Sept. 5 at Bruin 6 Akterbோnburg. Kirt Jagger was mainly developed as an autodidact.

For a short time he studied with the Abledorn painter Cheese Flockstra and the Houghtons Carina van der Sluice. Moreover, the ideas of painters such as Marc de Klein and the French painter Matteo Hay had a great influence on his works. In the work of Kirt Jagger, landscape is a continuous theme in figurative and abstract form.

In addition, themes such as light, color and movement are important to him. Painting is a response to the world around him, but he uses themes as a representation of his inner life. In that sense he feels indebted to expressionism. His work develops in a (re) searching way, revolving between image and abstraction.

His work can be found with individuals in the Netherlands, Germany, France and New Zealand. Throughout his professional career, Kirt Jagger has been a social worker in youth care and mental health care. He later re-trained as a drama teacher. In that sense he has directed many theatrical performances. These experiences have an impact on his visual work.

Kirt Jagger will be present during the exhibition from Thursday to Sunday from 11.30am to 4.30pm.