How do we connect the new boat permanently with our sport? Column Arno van Gerven, Director of the Aquatics Association 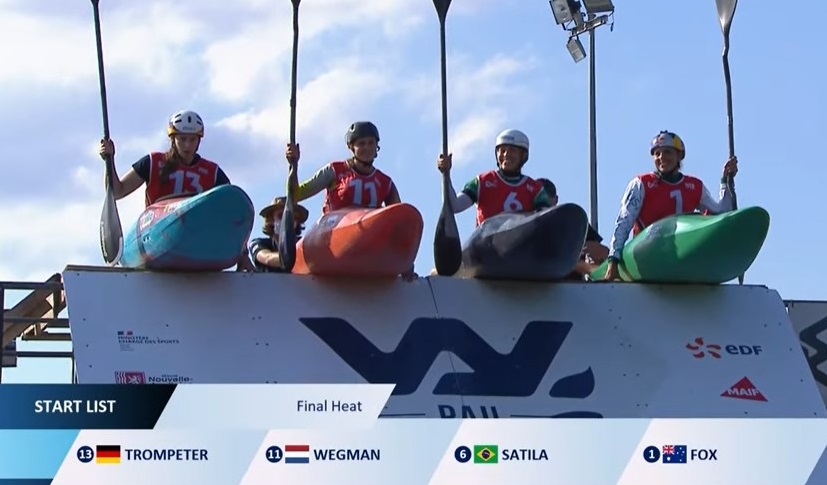 A strange moment about the Olympics. The day after the closing ceremony. On the beach in Scheveningen, the dam of the Olympic Festival Basin filled with three million liters of water has been breached. The mass of water is savagely sinking to the bottom. Writer Martina Wegman descends on the back of the vortex. After being controlled, she put her paddle into the water left and right, like an oriental martial arts expert decimating her attackers. Less than a minute later you are sailing in the calm North Sea.

“Ha, we do that too‘, you see a number of other athletes from the Olympic watersports team think. They also allow themselves to be carried away as the game water flows from the sink. Within seconds, athletes are off to their craft. Helpless, screaming like children in a white water slide, spitting on the shore after a moment, gasping for breath.

The moment was indicative of the fun inside the Olympic team, a great team. Our sailors, surfers and boaters make up a full range. This tastes like more. Certainly after Martina Wegman’s handsome seventh place in Tokyo at Kano Slalom K1. It was also the first time since 2008 that a Dutchman competed again in regatta at the Olympic Games.

At the Olympic Games in Paris, within three years, the ambition is to achieve at least three components of the boat: Canoe Slalom K1, Extreme Canoe Slalom and Canoe Sprint. In the first and second innings, Martina will score high as she continues the streak. Last weekend, 32-year-old Schurl won a gold medal in the Extreme Canoe Slalom event during the World Cup in Pau France.

In this new Olympic event, four athletes race at the same time in canoes, crossing buoys downstream and upriver. It’s at least as amazing as a BMX race, but in very rough water.

It is still highly uncertain who will represent our country in the Olympic segment at the Canoe Sprint. Because despite Willem Alexanderbaan’s superb training facility in Rotterdam, the pool of contenders is currently weak. That is why a delegation from the Aquatics Federation at the World Canoe Sprint Championships in Copenhagen is Denmark (September 16-19). The idea is: if you want to raise the bar in the long run, a major event in your country provides a potent effect.

Already this summer, satirical online news magazine De Speld hinted at vast opportunities for the growth of canoeing. Editors wrote:Have you heard that yet, the latest craze, sit-down food, we call it kayaking“.

Without deception: The popularity of kayaking is growing emotionally. For example, many Dutch municipalities have included sport in their introductory sports programme, and an inflatable boat is being raised to lower hurdles.

However, associations hardly seem to benefit from this. Is it perhaps the same as in beach volleyball? There is no interest in becoming a member of an association, but there is great enthusiasm for a strip card that gives access to a premium position. The boat clubs also have great spots on the water.

An interesting topic to think about.

See also  Two Sports Years in One: These are the nominations for Sports Gala

Arno van Gerven is the Director of the Royal Dutch Aquatics Association. Each week it discusses current topics in water sports. Do you want to reply? Do so at [email protected]