How the “Gang of Five” Succeeded in Selling the North / Zwedlin 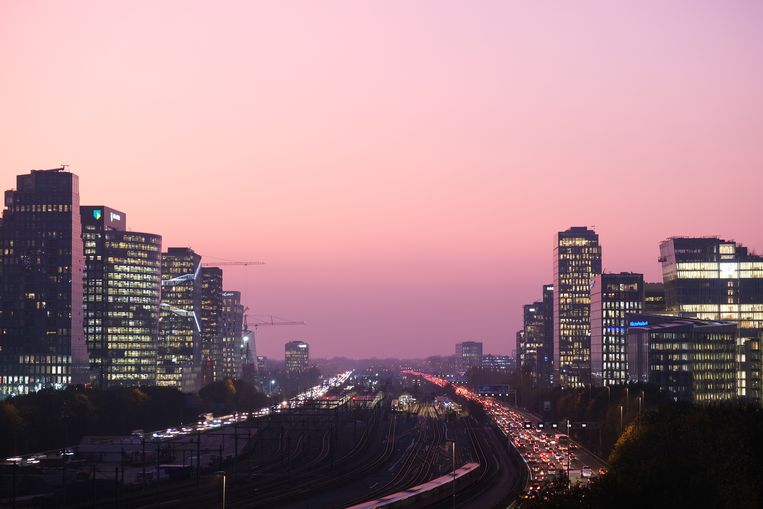 Suddenly this week there was the necessary investment of billions for critical infrastructure such as the North/South line, the Ring line and the Zuidsdok line. How did the “Group of Five” and the municipality of Amsterdam manage to impose such success in The Hague?

In the Netherlands, highways, railways and all other infrastructure of national importance are planned, designed and funded by the state. In short, you can say that municipalities, counties, regions and companies may give their wishes and may help, but the Ministry of Infrastructure and Water Management directs them with the “daughter” of the Rijkswaterstaat.

But in recent years, Amsterdam, Schiphol, NS, KLM and ProRail have taken this route at right angles. With – in the end – success. this week The wish of the ‘Gang of Five’, as it is known in The Hague, has been fulfilled: the north/south line will be extended to Schiphol and Hoofddorp, the Amsterdam metro’s ring line will be slightly extended and the cut open from Zuidasdok (where the A10 motorway would have to be underground to make more room for tracks and Zuid Station) will eventually be closed. The corresponding bill: about 5.5 billion euros.

since five years ago. In the office of the CEO of Schiphol Dick Benchop NS CEO Roger van Boxtel sat down, Peter Elbers From KLM, Pier Eringa from ProRail Rail Director and Sharon Dijksma, local councilor for Amsterdam Traffic and Transport.

Van Boxtel pulling the cart. The railway company, backed by Schiphol and ProRail, has had to fight hard in recent years to secure financing for the renovation of Schiphol station in The Hague. Everyone agrees that something needs to be done about it. But the Ministry of Infrastructure has been holding on to a sober solution for a long time due to high costs, while Schiphol – which participates in financing new construction – NS and Prorail want more platforms and space.

The solution comes after balancing in The Hague. The introduction of the new ERTMS railway safety system will be extended and the released funds will be transferred to the new station. Signature: Sharon Dijksma at that time Minister of State for Infrastructure and Water Management.

This only solves one hurdle. The two parallel train tunnels under the airport are on their way. Trains stop regularly due to malfunctions. A third tunnel was excluded due to the presence of piles in the ground since the expansion of Schiphol with the western station.

The solution already submitted in 2015 By former Schiphol man Jose Nigues. “Extend the north / south line to Schiphol and you will have an unmistakable direct connection,” he says Parole. Only Amsterdam, which then struggles with cost overruns and subway construction declines, is not waiting for even more metros. It’s very different three years later, when the metro line is open. Only: In The Hague Vision, the metro line is a local connection and the municipality may pay for it.

A selling trick is designed for this: only if 68,000 people live in Schiphol Works can be removed from slow trains, and space will be created on the train tracks for intercity and international trains. With this trick switch, the “Amsterdam” metro line becomes a line of national importance. Room for Thalys and Eurostar is also linked to the sustainability promise of Schiphol and KLM to make part of the ‘flights’ From Amsterdam to Brusselsand Paris, London and Germany with train trips.

A longer metro line also contributes to Amsterdam’s goal of discouraging car traffic and brings plans closer to building 11,000 homes near Amsterdam. Schinkel and Riker Boulder Should come and 15500 that Haarlemmermeer He wants to build near Hoofddorp.

A route was drawn in complete silence by the now seasoned Amsterdam Noord/Zuedlin officials. But drawing lines is not enough. The “gang” realizes that simply holding hands in The Hague is pointless. There should be a financial incentive to get the government, I&W and Rijkswaterstaat involved and to make a regional metro line of national importance.

With Boston Consulting Group (BCG) consultant and foreman and former PvdA minister Wouter Bos of the Invest-NL Sustainability Fund, the capital stunt is designed: what if the line is now Farmland is still fallow It is owned by the region development company SADC, in which Schiphol, Amsterdam, Haarlemere and Noord-Holland are shareholders? After all, that agricultural land would get a huge jump in value if offices were built on it. This added value can be used as a lubricant in financing the extension of the metro line.

Planners have come a long way, but it’s not enough. A second unique concept is being devised: the line can be partially financed at an additional cost of €2 for each public transport ticket and each car journey to and from Schiphol. Already this one North/South taxBy no means a preference for all ‘gang members’.

When the group of five presents the ready proposal to the Ministry of Infrastructure and Water Management, the reception is cold. According to those involved, senior officials were initially “not amused” by the “fleet raid” on governments and corporations. But the argument that the metro line is a solution to congestion on the Schiphol National Railway was quickly softened by senior officials.

The ministry is mainly grappling with the question of how the funding for all infrastructure needs in the Netherlands is distributed fairly across all regions. Traditionally, there was resistance, particularly in VVD circles, to the self-seeking “Amsterdam Republic” and its long wish lists.

There is also friction in The Hague over the role of “state companies” Schiphol (70 percent in government hands), NS (100 percent) and ProRail (then also 100 percent, now nationalized again). After all, the latter two are being funded by the same government that is now feeling the pressure.

With the danger of ending the pentathlon, Schiphol’s first player Benchop takes a leap forward. Insurgency will be revealed in early 2019 In his speech on the occasion of the new year. “Together with Amsterdam, KLM, NS and ProRail, we are looking at more space for high-speed trains and possibilities for extending the north/south line. There has been mutual agreement on this in recent months. Not only do we want to extend our hand, but we also want to bring something The first proposals are now in The Hague.”

Revelation is not appreciated by everyone. In The Hague, engaged civil servants once again feel their backs are against the wall. And in Amsterdam, the extension is controversial in both the council and the executive branch. GroenLinks and SP are still far from recovery Cost explosion and construction chaos From the first subway line. They find themselves confronted by “gang member” Dijksma – who would have preferred to establish more political unity in silence.

But now that the monkey’s out of the sleeve, there’s no way the Gang of Seven will come back now (Haarlemmermeer and the Amsterdam Transport District have joined).

After leaving as CEO of NS in October 2020, Van Boxtel will go on a ‘recognition round’ with all parties, including transport area municipalities, to round up the finances. It works. It works. footnote to the covenant a little more than billion euros together. Amsterdam policy changes thanks to the promise that the continuous North/South line will be inextricably linked to the closure of the ring line between Isolatorweg and Amsterdam Central, always a strong desire of GroenLinks and SP.

Urgently required. The gang, officially renamed De Alliantie, found a financial trail for elephants in The Hague: the National Growth Fund set up by the Ministry of Economic Affairs for economically relevant projects. With the plan in place plus a financial trap, the gang manages to appease the Growth Fund, which is then headed by PvdA member Jeroen Dijsselbloem, and once again 1.5 billion to secure.

Whether the Ministry of Infrastructure will also process and release the remainder of the amount remains uncertain for a long time. ministry is, Despite the doubts From CPB about to return, now excited about the north / south line, but the combination of “hard nails” with the extension of metro line 51 is causing a crisis. After all, this is a local matter without national significance, according to a large part of the administration and politicians in The Hague, and therefore Amsterdam itself must pay for it.

In addition, the crucial construction of Amsterdam’s Zuidasdok, the starting point of the metro line, has It was severely damaged. The work turned out to cost much more (€1.2 billion in the end) than had been agreed upon between Amsterdam and the government and the contractors were sent away from the construction site after a cost dispute. Amsterdam has stipulated in advance that a maximum of €231 million will be spent on the Zuidas project. The city links breaking this agreement to the agreement to extend the northern and southern lines and the ring line.

There should have been an agreement in mid-April this year, but this is always postponed. Final negotiations will not take place until mid-October at Stopira.

The high game played by delivering a complete plan pays off in the end. The “gang” must leave the feathers. On the recommendation of the Interior Department of Housing, a compromise was reached on the Ring Line: it would be a one-stop-only extension of what would become the mega-Haven/City residential area. The decision on whether to come next from the department to Central Station will be suspended.

The north/south tax of €2 should also be abolished: that’s a bridge too far for the Cabinet, after previous turmoil over rush hour charges. Because the government refuses to fill that gap, the additional money for the line would have to come from the region.

This is followed by a new “recognition round” for the necessary money, again successfully. The region is able to contribute nearly 1.4 billion instead of the previously pledged 1 billion, including 101 million from Schiphol, 150 million from the SADC Future Land Fund and 77 million from NS. In Stopera, the treasury is responsible for the other 75 percent needed for the metro line, ring line and Zuidasdok additional cost component: about 4.1 billion.

This reconstruction process was created after discussions with a number of those directly involved from all sides, on the basis of anonymity.

See also  Diversity is the number one winner in the British Prime Minister's battle: Only the white man is eliminated