Huge dinosaurs in a prehistoric jungle: ‘When you walk, they move with you’ 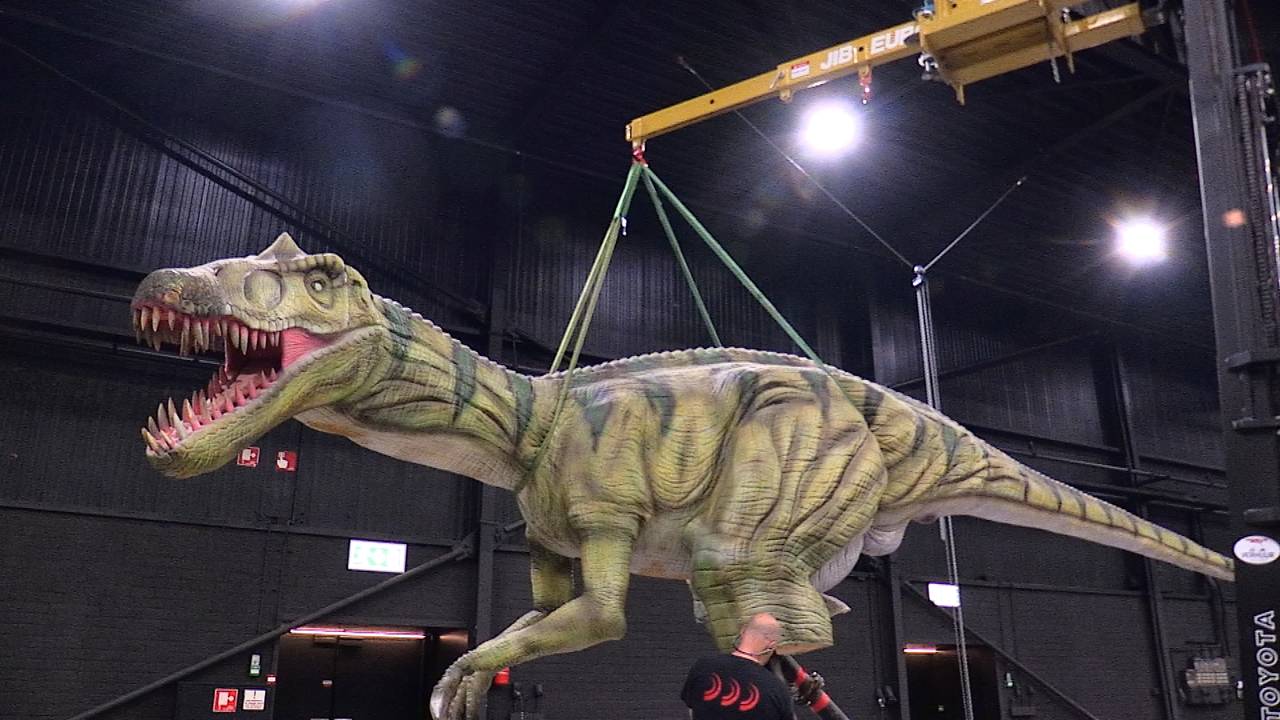 Thirty builders are committed to building the World of Dinos in Brabanthallen this week. It is the largest dinosaur exhibition in Europe. At the end of the week, the room should be filled with more than eighty life-size roaring and moving animals, which takes you back in time. “It’s like walking in a prehistoric jungle,” says one of the builders.

Tuesday morning, there is a lot of construction and towing in Hall 1 at Brabanthallen. The sound of screws turning into legs and moving forklifts fill the room. All materials were delivered on Monday and real work can begin on Tuesday. The builders are eager to get started. “I think dinosaurs are the most impressive of all creatures. Putting them together is so much fun,” says Milan as he ties the leg of a giant baryonyx.

“They’re big animals, so you have to move them neatly with big machines. Then we assemble them, wrap the legs under and finish them off. Then someone else sews the ‘skin’ of the legs together neatly,” Millan explains. . The dinosaur he’s building will be moving soon, too. “When you walk, the head comes to you. It becomes impressive.”

Emma is the one who neatly finishes the dinosaurs and stitches them together with a needle and thread this week. Emma explains while closing the giant dinosaur’s leg: “In order to move the big dinosaur, it opens. Otherwise, it won’t fit in the truck. When you get back together, reattach the legs and neck neatly.” to sew. “It’s full size, so one of my legs is almost as big,” she laughs.

She has been doing it for three years on different shows. “It’s so good to do that. Especially because of the nice weather that hangs here. But also because I see the exhibition over and over again. But it’s also hard work, because these needles hurt you at a certain point. You. You have to go through silicone rubber and that’s heavy.”

Now the hall is still one big room with here and there half a dinosaur still missing a head or a leg. In the corner, a truck fills a sandbox. Bones are hidden in it, so that people can do their excavations. In a few days, the hall will be divided into different zones. In each area you can learn and do something different. There will be a treasure hunt, a cinema (dinoscope) and a children’s area.

Dinosaur World is Europe’s largest dinosaur exhibition. The show was also briefly in Brabanthallen over the Christmas holidays of 2019. But this year, according to the organization, everything got a lot bigger and more exciting. Construction must be completely finished on Saturday, because the gallery will open until August 28.