Hundreds of arrests in May Day demonstrations around the world 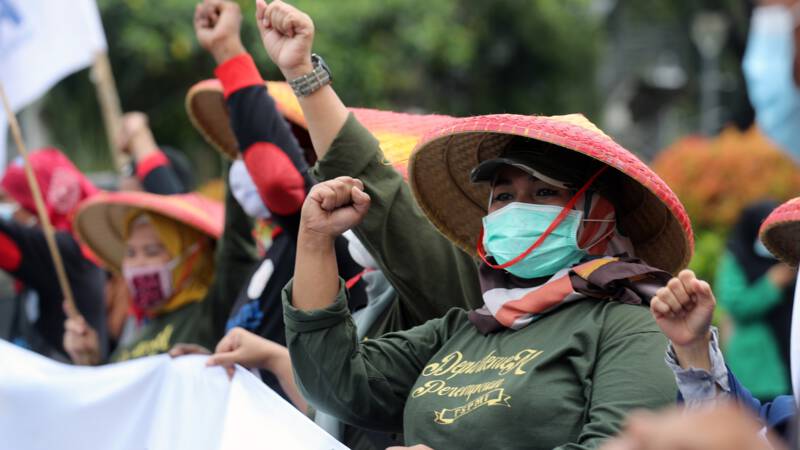 Trade unionists and yellow jackets protested against planned social security reforms. “The dividend, not unemployment benefits, is the income of lazy people,” said one of the flags.

There were more than 300 protest rallies in France, in addition to Paris, but also in Lyon, Lille, Nantes and Toulouse. The protest marches were joined by former presidential candidate from the far left, Jean-Luc Mélenchon, and leader of the right-wing popular opposition, Marine Le Pen. They seized the opportunity to campaign against President Macron ahead of next year’s elections.

Indonesia and the Philippines

A union leader told Reuters news agency that about 50,000 employees from 3,000 companies took part in the traditional day of protest in Indonesia. Actions have been taken in more than 200 cities across the country.

Criticism has focused, among other things, on the new labor laws. Critics fear this will cut severance pay and make it more attractive for companies to hire foreigners instead of Indonesians. To illustrate the gravity of the situation, the protesters jokingly held a funeral in the street.

In the Philippines, protesters were stopped by police in the capital, Manila. Activists wanted to close the square to impose emergency support. Due to the epidemic, unemployment in the country has risen sharply. There is also a closure and on this basis the demonstration was banned.

Russian authorities allowed hundreds of people to attend the annual Labor Day wreath. Usually, on May 1 in Moscow, thousands of Communist Party members demonstrate. Now there were several hundreds.

In Italy, too, the events of May 1 were a shadow of the recent past. This time the massive rock concerts and grand parades in honor of May Day were missing. The largest meeting was in Turin, where several hundred people gathered.