Hundreds of new forest fires broke out in Greece 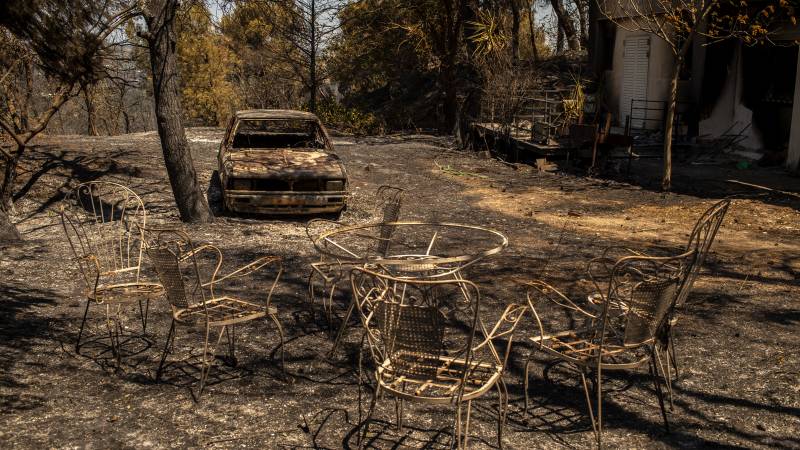 More than 400 new forest fires broke out in Greece in the past day. The largest fires are currently located on the island of Evia and in the Peloponnese, near the remains of ancient Olympia. According to the Civil Defense, there were still 55 active fires as of the end of the afternoon.

The Greeks are dealing with the worst forest fires in thirty years. They broke out earlier this week. Some fires are quickly brought under control by firefighters, while others spread quickly. Hundreds of firefighters were deployed to control the blaze, but were hampered by strong winds.

Prime Minister Mitsotakis earlier spoke of a “summer nightmare” and said the government’s top priority is to protect human lives. The intention is to replant all areas of the forests that have been burned. According to Mitsotakis, the fires show “the reality of climate change.”

The fire that broke out yesterday in the Greek Parnitha mountain range, which caused major problems, has eased. However, there is a fear that the fire will catch on again due to the rising winds. Yesterday’s flames led to a huge cloud of smoke that headed towards Athens. Thousands of people had to be evacuated yesterday due to this fire.

The fire spread last night towards the village of Thrakomakdonis, north of Athens. No one was hurt, but many homes and cars were reduced to ashes.

These are pictures from last night. Residents of Limni on the Greek island of Evia were evacuated by ferry from the impending fire: