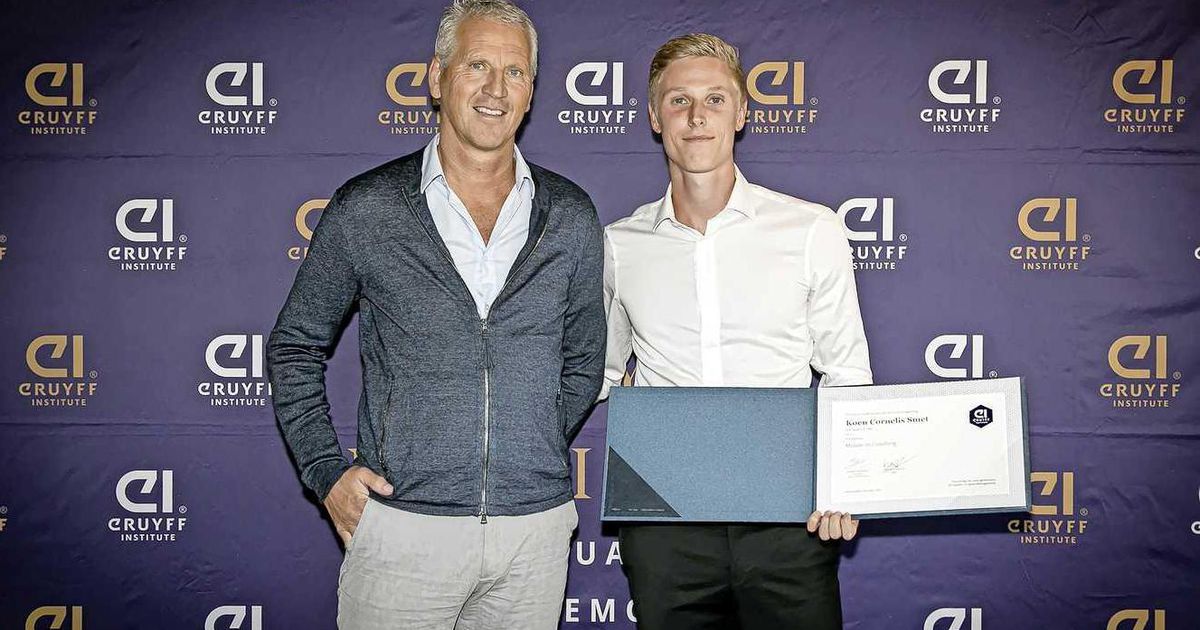 A year ago, Smit, 29, provided a huge motivation for why he wanted to claim the scholarship. The athlete turned out to be a great student and overcame a difficult period mentally. He grew as a person and as a future coach. His ambition to continue in the sport is great.

The words of praise for De Telegraaf Sports Director Marcel van der Kraen (left Smit) at the awards ceremony for his address at the Johan Cruyff Institute were well deserved. “Queen is a great athlete with a story, a man who inspires and dares to follow his own path to help new generations of top athletes on their way. Exactly as Johan Cruyff envisioned it,” said Van der Kraan.

Smit, who also revealed that he will become a father early next year, says he is proud of his master. “I would like to work for a sports federation or club in the future, I really think it’s great to coach and train people of all levels,” said Smit, who previously pursued sports marketing and media from TeamNL. “I want to keep developing and get better in the future only that’s why I was so keen on following this master. I was able to put everything myself into it.”

As an outstanding athlete (former) would you also like to have a chance to get a scholarship in the future, follow the posts on Johancruyffinstitute.com and Telesport.