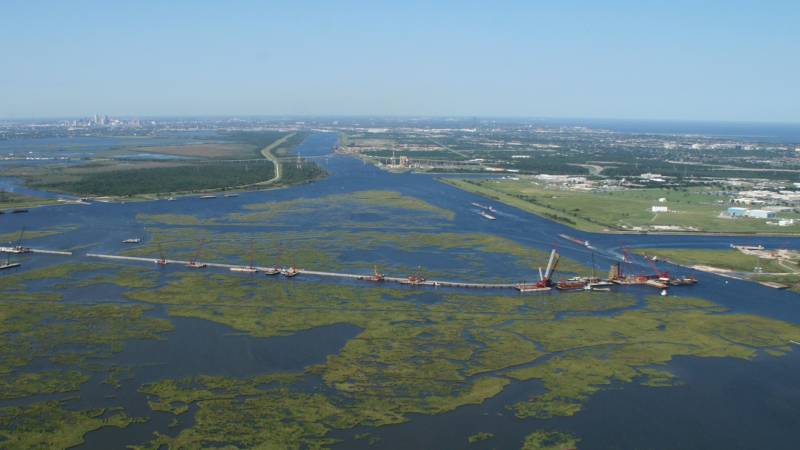 Pete Dirk predicts Hurricane Ida will pass over New Orleans, and it will be a historic event. Not because Ida will surpass Hurricane Katrina in terms of damage and losses, but precisely because it won’t: “I dare put my hand on fire,” says the director of water management at Dutch engineering firm Arcadis. “With Katrina, the story was how New Orleans failed, but the success story after that also has to be told.”

Dirk seems confident. As of 2005, Arcadis has developed, created, and prepared $200 million plans and oversaw the construction of an entirely new protection system, with levees, concrete retaining walls, and three large storm barriers around the city. It’s called the Hurricane and Storm Risk Reduction System (HSDRRS).

In total, Delta New Orleans business cost $14.5 billion. Dirk himself was in New Orleans “between forty and fifty times” as part of the job. “Ida is the first true test case to see if the systems are down.”

This is not the first hurricane since Katrina devastated large parts of the city in 2005, killing 1,800 people. In 2012, Isaac passed, but this was a lower category hurricane. Hurricane Katrina was a Category 5, and Ida was rated Category 4. Moreover, in Isaac’s time, the entire protection system was not yet complete.

Now that’s the case, though you can never say it’s over when it comes to water management, says Dirk: “In the Netherlands we started protecting ourselves from water around 1200 and we’re still seeing floods there. Limburg.”