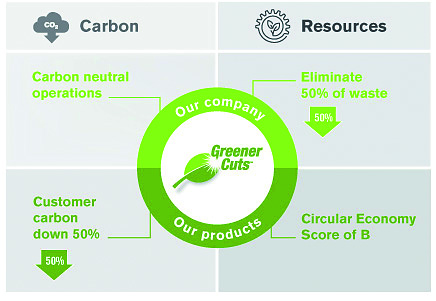 Hypertherm, the US manufacturer of industrial cutting equipment and software, has announced its 2030 environmental impact goals. There are four goals it aims to achieve this decade.

Objectives are to reduce resource consumption Hyperthermia and carbon dioxide from its global operations.

Carbon dioxide neutralization. The first target is the direct and indirect greenhouse gas emissions from Hypertherm (Class 1 and 2). According to data from the Science Based Targets Initiative, an organization that sets goals aligned with climate science, it is estimated that Hypertherm will increase carbon dioxide emissions by 48 percent to combat global warming. Hypertherm has embraced the larger goal of mandatory CO2 neutralization.

Reduce the impact of using Hypertherm products by 50 percent. Hypertherm will increase the energy efficiency of its products and aim to reduce energy consumption and the amount of material remaining after cutting by 50 percent.