“I feel welcome in the club” 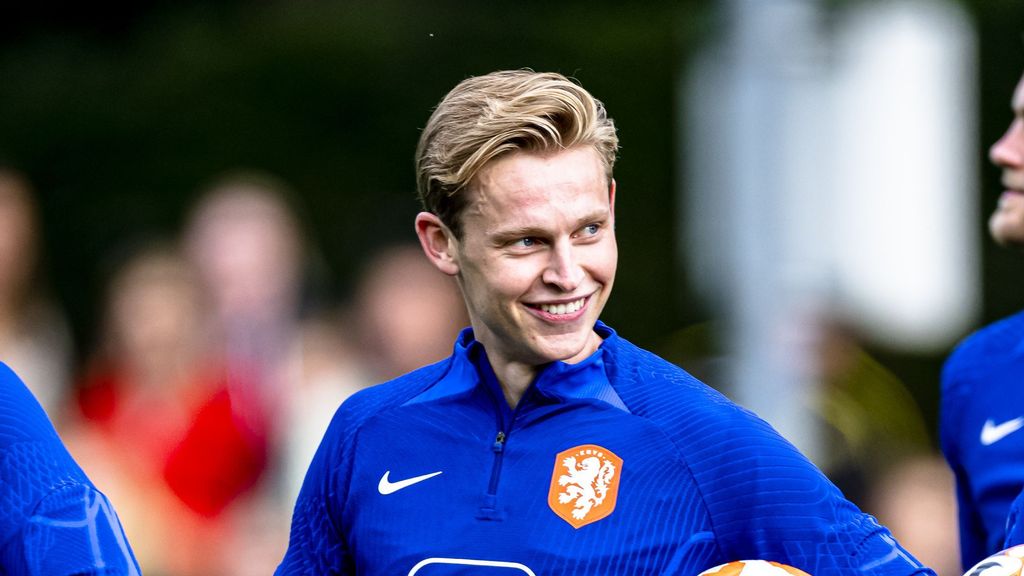 Frenkie de Jong has been the subject of discussion during the winter transfer window. His name has always been associated with transportation. Manchester United and Chelsea would have liked to buy him from FC Barcelona.

It wasn’t a stressful period for De Jong, who is preparing with the Dutch national team for the Nations League matches against Poland and Belgium, and is now looking back. “I had already decided in May that I wanted to stay. So I was very calm.”

However, he appears to have been directed out of Barcelona, ​​who was experiencing financial difficulties. But De Jong never considered leaving, he said in the run-up to Thursday’s international match against Poland. He still feels good in his club. “Now I feel very welcome at the club. My teammates have never changed.”

Frenkie de Jong: I decided already in May to stay in Barcelona

So De Jong remained in Barcelona, ​​as he was no longer allowed to start all matches at the base. Out of his eight matches so far, he has started four from the start. “I didn’t start against Bayern Munich in the Champions League. It’s still the most important match so far. You want to play important matches.”

De Jong wants to do everything in his power to regain his permanent base. Two games with Orange is a great opportunity for that. “I feel good, I hope to see that against Poland tomorrow.”

In the international match against Poland, De Jong will meet striker Robert Lewandowski, who has been a Barcelona teammate for a few weeks now. The midfielder pays special tribute to the personality of the Polish star. “He is very positive, brings a lot of energy and is a very good player.”

Matches can also be followed via a live blog on NOS.nl and in the NOS app and can be heard on NPO 1 Radio at NOS Langs de Lijn. Also listen to the new football podcast.

This “super good player” should not get the ball. According to De Jong, this is the best solution to make the pool harmless. “We have good defenders, but the best thing of course is that he doesn’t get any chance of scoring.”

De Jong also discussed his role against Poland, which sacrificed a man in the first leg of the Nations League to constantly follow De Jong. “If someone walks everywhere I go, there’s room elsewhere. We have to take advantage of that.”