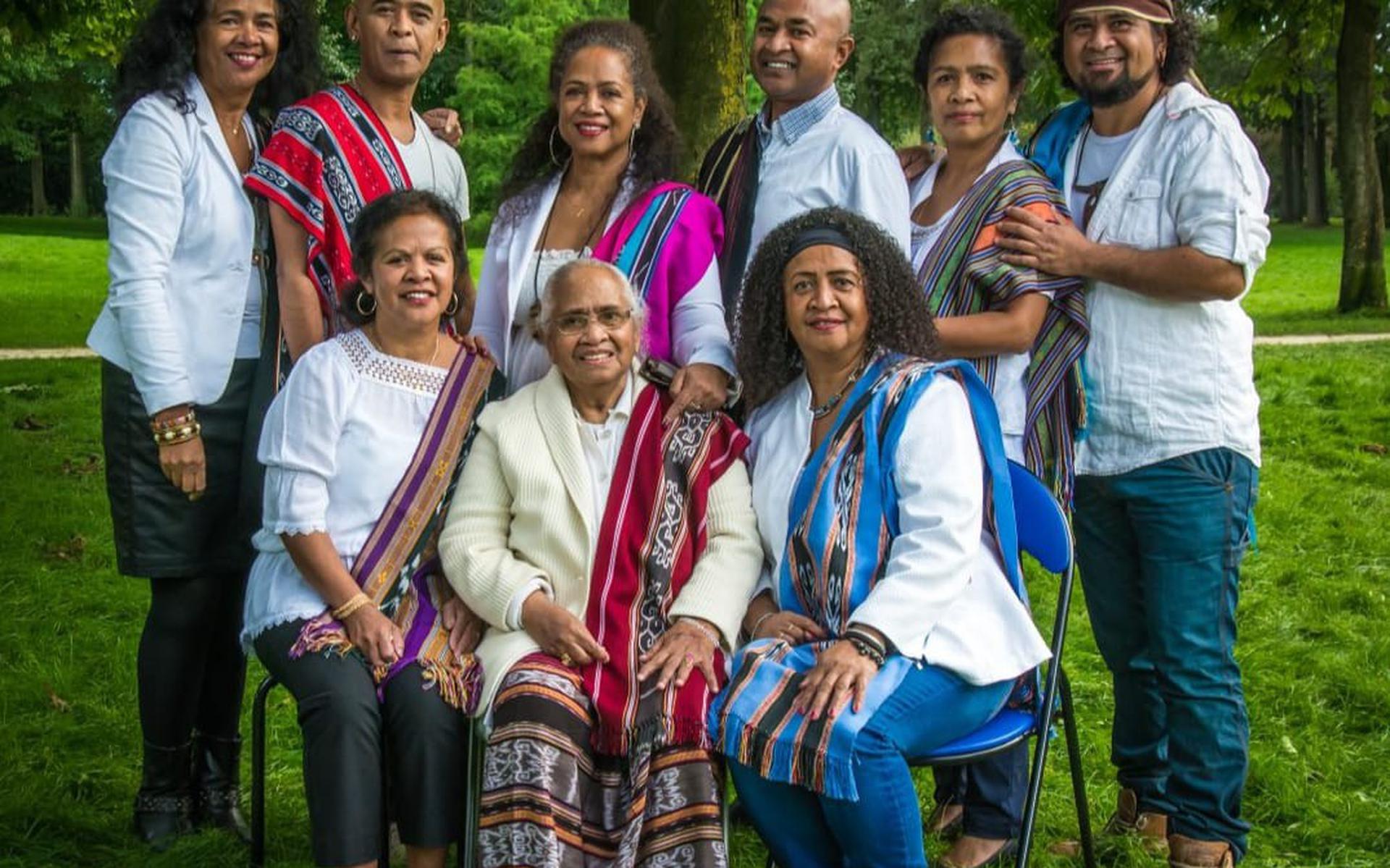 From her armchair, Mariana Fatbinan has always looked good about everything, beyond her garden path or all that swayed every day. And there were some. Children, grandchildren, grandchildren, neighbors and many acquaintances. They have now become memories. Mariana Fatbinon-Sotzephone passed away last week, a month before her 93rd birthday. With his death, residents say goodbye to a loved one inside the residential area.

He lived in the house until his death, with his son John, 59, as a regular caregiver, lovingly caring for his mother. On weekends, care was taken alternately by his sisters and brothers.

In 1951, 12,000 Moluccans, Moluccan KNIL soldiers and their families sailed from Indonesia to the Netherlands from March 21 to June 21. The Dutch government promised the Moluccan troops their own independent government, temporary shelter and job retention. Due to the surplus of troops in the Netherlands, the Moluccans had already been removed from their military operations and largely housed in camps. It felt like a punch in the back. They fought for the Dutch flag and remained loyal to the royal family.

Among them are Armos and Mariana Batpinon, ‘Uncle and Aunt Fat’ and their daughters Leah and Fian. On May 10, 1951, the young family sailed from Semarang to Rotterdam by ferry. They arrived there on June 5, 1951. After Amersford, a period at Campwood and Camp Biogelan continued in December 1962 to the town of Lauderstrod in Hooghly. Armos Fatbinen has always been the master / conductor of the choir, and has composed both Wukt and Fugelan and Hooke (Choir Emmanuel).

After 1951, he returned four more times to his beloved Tonimber in Moluccas, Indonesia. The last time he enjoyed being with 17 family members was in 2018, of his own free will.

In addition to joy and happiness, ‘Aunt Fat’ and her family also know grief. In addition to the loss of daughter Mirzam, she had to say goodbye to her son Lucas in 1991, her husband in 2002 and daughter Fian in 2010.

During her last night, when the mother spoke her last words to them all the children and companions were together: “I am leaving you, that is why I am giving this to you. Lane Chiang Lane (love each other). Tajautari Mata, Decat de Hadi (out of sight, out of mind). ”

Son John: “She taught me a lesson in life about caring for one another, good and bad, and not distinguishing between young and old. We will remember her as loving, smiley, creative, straightforward, intelligent, spontaneous, she never chooses words! Our sister, who lives in New Zealand, enjoyed her monthly phone calls with the children who came to sing in her living room with St. Morton, and the whole family gathered on Boxing Day. What she also liked was that everyone wanted to take their picture with her. Her faith in God strengthened her. She prayed every day. We will miss her. ”

On Thursday afternoon, residents of the Moluccan neighborhood can offer their last greetings in the lap of respect to their beloved fellow resident. Mariana Fatbin survives her children, 22 grandchildren and 22 great-grandchildren.