Ingrid is in indescribable pain and close to despair: ‘GB understood my request for euthanasia’ 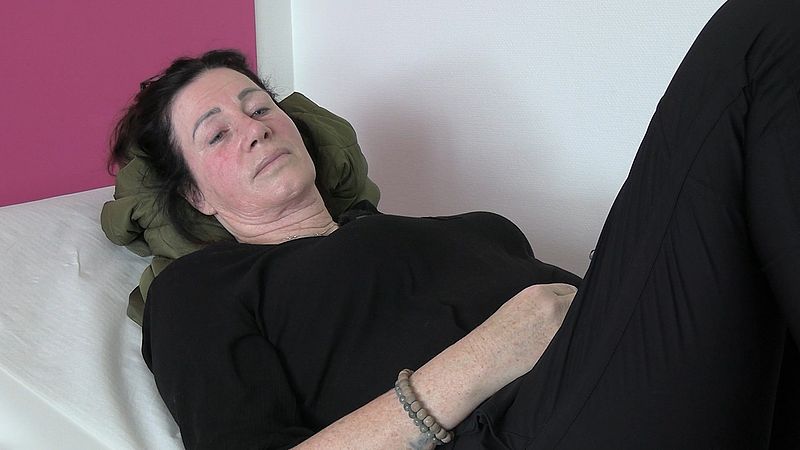 Ingrid has been in pain every day for almost 30 years. Her life has been completely disrupted until the pain is unbearable. Doctors still don’t know exactly what’s causing her complaints. “I’m mainly seen as a difficult patient.”

“It’s mainly about my little hip pain,” says Ingrid, 54. “It feels like the little shards of glass in the groin go back there and break you inside.”

“I sometimes liken it to the pain you feel when you accidentally spill boiling water on yourself. You want to run away immediately,” he explains. “But I can’t run because it’s inside me.”

Ingrid can now lie down, and sometimes she collapses a bit. Otherwise, the pain will soon become unbearable.

After nearly 30 years of searching, the exact cause of Ingrid’s complaints is still unclear, let alone what can be done about the pain.

Doctors suspected she had endometriosis in the past, where endometrium-like tissue grows outside the uterus. “Anyway, I had a very difficult birth 28 years ago and medically everything didn’t go by the book,” says Ingrid.

Antidepressants, but no depression

According to her, ‘that’s when all the trouble started’. After giving birth, she was physically unable to do anything. So she fell down the stairs. I went to the GP saying, “You have postnatal depression”. My answer: ‘I’m not depressed, I want nothing more than to take care of my baby, pick him up and change him. But I can’t because of the pain.’

Nevertheless, Ingrid was prescribed antidepressants. It was later discovered that she was not actually depressed, but had a double jugular hernia. At the same time, her hip pain also started throbbing. After seven consecutive operations, the pain did not go away. In fact, the operations created additional painful scar tissue.

Doctors now suspect that her severe complaints were caused by pelvic congestion syndrome, where varicose veins in the pelvis compress nerves and tissues. What can be done to relieve severe pain is a mystery.

“That was probably the hardest thing, I was seen as a difficult patient who basically didn’t fit in a drawer and couldn’t be helped properly,” says Ingrid. “I often felt like I wasn’t taken seriously, and doctors referred me because they didn’t know how to deal with the complaints I had.”

A request for euthanasia

After years of pain, Ingrid is so desperate that she recently decided to begin the euthanasia process. “At the pain outpatient clinic, at the urologist; everywhere I was told: ‘You’re done with treatment, we can’t help you anymore,'” he explains. “The GP understood my request for euthanasia.”

But when the first talks about a euthanasia request began, with Ingrid and her partner Frank, panic set in. “I thought then: I don’t need this, I want to live, but without that intense pain,” he says.

Meanwhile, a new doctor gives Ingrid hope by treating her in Switzerland. “The best doctor in the field is there, she told me. But it’s very expensive and not reimbursed by my insurance. However, it gives me hope that maybe one day it can be done in the Netherlands.”

And it is true that women have inexplicable complaints Stir and demand attention, prompting her to continue. “If something changes, if we’re taken more seriously, my story helps other women be heard and treated better, and I think that’s a great thing.”