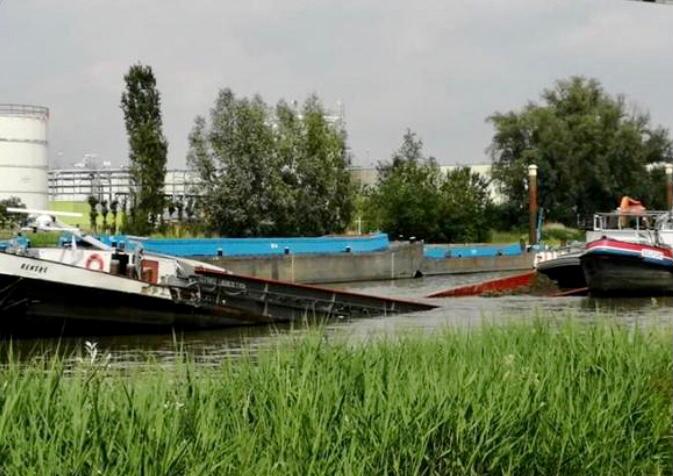 The inland ship Renske bent and sank in the middle of Ghent Ringvaart on Thursday, 3 June. The 21.6-kilometer canal is completely clogged. It is unclear how long this will take.

Rinsky, about 80 meters tall, was on his way from Ghent to Masbracht. The nave is folded mid-ship and in accordance with the surrounding vessels, the central nave is at the bottom. The front and rear engine chambers are still dry.

As a result, Ringvaart has been completely banned. Since no one could bypass the ship, the Evergem Lock was also blocked. When asked, the lock keeper said he had no idea how long the blockage would last.

can not be saved

A close captain suspected that Renske had been improperly loaded, causing a lot of tension on the ship’s hull. Another eyewitness says he expects the ship to be irreparably damaged and irreparable.

On marine traffic حركة You can see how a number of ships are busy around Renske.

[UPDATE] Rehoboth drowned in a storm in Ijsselmeer (Gilmer Bastian)