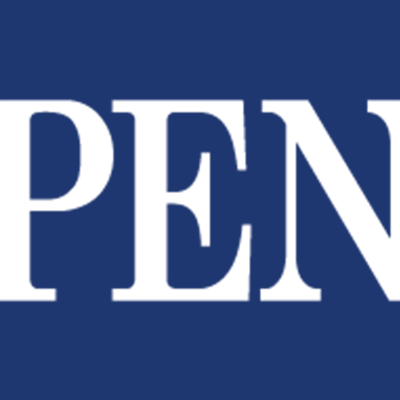 Fidelity International, State Street, Amundi and Schroders are among a group of more than 400 impact investors calling on the world’s most powerful nations to “raise ambition and accelerate action” to tackle the climate crisis.

The group of 457 investors, which oversees more than $41 trillion in assets, issued a statement to the Group of Seven — Canada, France, Germany, Italy, Japan, the United Kingdom and the United States — calling for urgent action to curb global warming. Gas emissions and limit global warming to 1.5°C, as stipulated in the Paris Agreement in December 2015.

Investors’ call for action comes as Group of Seven leaders gather for a summit in Cornwall this week.

“To achieve this common goal, we must work together to reduce global net carbon dioxide emissions by 45 percent by 2030 from 2010 levels, while reducing all greenhouse gas emissions needed to reach net zero by 2050 or sooner. and a significant reduction.” Announcement June 10.

“The key to this is ensuring that government leaders support efforts to achieve a sustainable economic recovery from Covid-19 in line with net zero emissions.”

The investor group makes its appeal ahead of the 26th United Nations Climate Change Conference of Parties, to be held in Glasgow in November. The group wants governments to “significantly improve” their national targets for 2030 and ensure they can achieve net zero emissions by 2050 or sooner.

“Recognizing the differentiated responsibilities and special capabilities of countries, we believe that those who have set ambitious net-zero emissions targets and who follow consistent national climate policies in the short to medium term, enjoy increasingly attractive investments,” the investors said. .

“Countries that do not do so will be put at a competitive disadvantage.”

The investor group says that in order to allocate the trillions of dollars needed to support the transition to net zero, the gap between national governments’ commitments and the emissions cuts needed to contain global warming in line with the Paris Agreement must be bridged.

“In addition, as owners (or representatives of owners of) companies, we must have access to adequate information on how these companies assess and manage climate change risks and opportunities. Government policy plays a role in increasing our access to and positive disclosure of this information.”

Among the group’s five recommendations, it called on governments to eliminate fossil fuel subsidies and phase out thermal coal generation by set deadlines.

They also want to implement mandatory climate risk disclosure requirements in line with the recommendations of the Task Force on Climate-Related Financial Disclosures, to ensure that investors receive comprehensive, consistent, and comparable disclosures.

“Full implementation of the Paris Agreement will create significant investment opportunities in clean technologies, green infrastructure, assets and other products and services needed in this new economy,” the investor group said.

In turn, investors can use capital allocation and stewardship to support sustainable activities that generate employment and economic growth, move away from carbon-intensive activities and increase resilience. We encourage governments to work closely with investors to ensure these opportunities are fully realized. “

Stephanie Pfeiffer, CEO of the Institutional Climate Change Investment Group, added: “The world’s leading investors are making it clear that they expect governments to commit to tackling the climate crisis.

“Those left behind will be increasingly neglected as the race to a cleaner future accelerates.”

Investors are beginning to exercise significant voting rights in companies that have serious concerns about managing climate risk.

ExxonMobil suffered a rebellion from major shareholders at its annual general meeting on May 26, after the activist hedge fund’s No. 1 engine won three board seats after a five-month campaign against the US oil giant.
The hedge fund, which was founded only in December 2020, invited ExxonMobil to focus on investments in clean energy sources.

Meanwhile, on May 26, more than 60% of Chevron shareholders supported a proposal that would force the second-largest US oil company to reduce carbon emissions from its products.

A Dutch court has also ordered Royal Dutch Shell to cut carbon dioxide emissions by 45% by 2030 compared to 2019 levels, following a case brought by Friends of the Earth and 17,000 Dutch citizens.

In a LinkedIn message on June 9, Ben van Beurden, CEO of Shell, said he was surprised by the court’s May 26 decision, against which it will appeal.

“About two weeks later, I am still disappointed that Shell has been set under a ruling that I believe does not help reduce global CO2 emissions,” Van Beurden wrote.

“But with my colleagues I feel something else: the determination to take on the challenge.”

“We will look for ways to further reduce emissions in a way that remains targeted and profitable,” he added.