ISIS Clarifies Not Yet Defeated: Attack on a Syrian Prison to Free Fighters 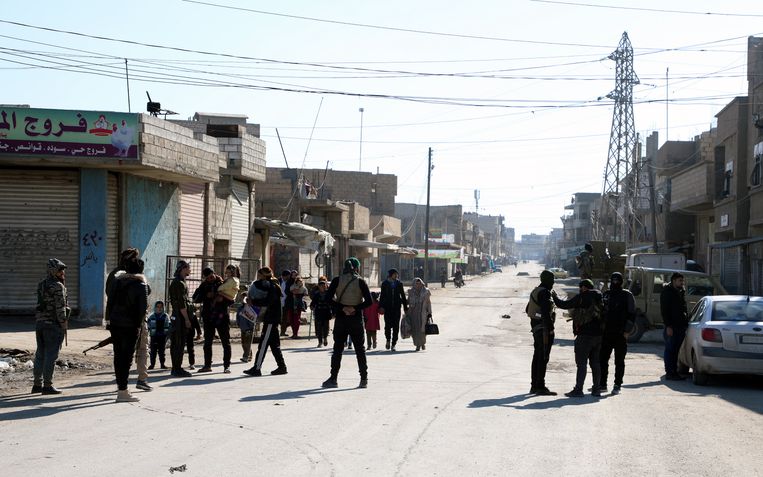 The ISIS attack is one of the largest since the fall of the group’s self-proclaimed caliphate three years ago. More than 100 fighters stormed the prison on Thursday night, armed with machine guns and booby-trapped vehicles, to free the prisoners. It is said that the Kurdish fighters who control the area were able to repel the attempt to break through with American air cover, but the fighting is not over yet.

The Associated Press reported that dozens have been killed so far and thousands of city residents have fled, according to local authorities. The Kurdish armed forces say they have lost control of a small part of the prison due to riots by inmates. Dozens of ISIS fighters are said to have holed up in the Technical Academy building. There are also Dutch fighters in prison.

In 2019 I visited the prison in question in Al-Hasakah, which is crowded with Western ISIS suspects.

Until then, the prison director had feared an outbreak en masse. Abraham I of Delft called himself a “rat” that fits “every hole”.https://t.co/9OF3CnN74P

The remnants of the extremist Islamic State group dug themselves in the desert between Homs and Deir ez-Zor in Syria. In early 2020, the ISIS wing in Homs announced its recovery in a propaganda video.

Since then, ISIS groups have carried out several attacks and attacks on Kurdish forces and the Syrian government army. In areas south of Hasaka, the Islamic State is now increasingly appearing before the public eye.

If ISIS suspects manage to escape from the overcrowded Hasaka prison, it won’t be the first. This actually happened once in 2020, and it took about a day before the situation got back under control.