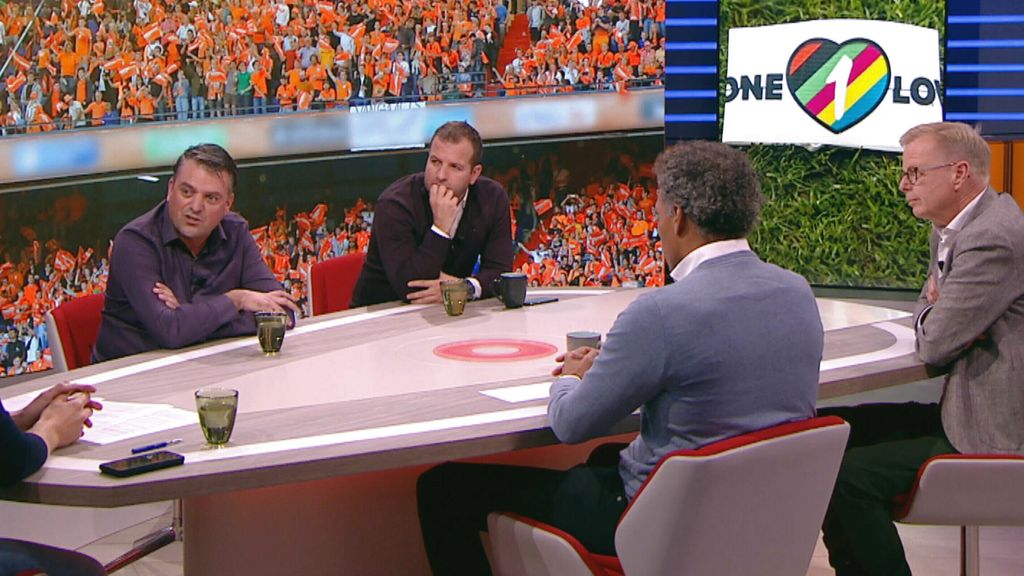 This article is partly a report on a conversation on a football talk show football studio. Videos of other conversations can be found at the bottom of this article.

Smeenk says in football studio. “If you look at the developments in the Netherlands over the past 10 years, a lot has happened in the good sense of the word, but the football world is conservative.”

Smeenk is not only a journalist for the ANP news agency, but he is also a board member of the John Blankenstein Foundation and in this capacity, he regularly visits clubs and schools to provide information.

“I often ask in clubs how many members the club has. Then the answer is, say, a thousand. The second question is how many gay members there are. The answer is zero. This is crazy. Maybe the climate is not good in the club.”

“As a gay Feyenoord player, you don’t have to knock on your captain’s door”

Kokshaw explained in front of the NOS cam on Saturday why he refused to wear the OneLove band last week. “I respect everyone, but I don’t want to be an ambassador for that,” said the midfielder.

With this, Captain Feyenoord was not referring so much to the OneLove campaign that stands for connection and opposes all forms of discrimination, but primarily to the fact that this action was specifically taken in the context of Exodus Day. He said, “I am loyal to my faith.”

“It hurts,” says Smeenk. “As a gay or duo player at Feyenoord, you know for sure that you don’t have to knock on your captain’s door. You also have gay Feyenoord fans. You’re not a good captain.”

“We know gays in football. You have to have a lot of courage to go out,” Smeenk knows. “When you hear the cheers in the stadiums. It hits almost every week. It’s horrible that people are secretly walking around.”

“So that didn’t help?” Raphael van der Vaart notes the commotion around Coxo. Smeenk: “No. If you’re now a professional soccer player and you’re thinking about going out, you’re thinking: Don’t bother. It’s a matter of patience.”

See below for nuggets about Daley Blind, the Orange World Cup pre-selection and the final reference by Frank Heinen and Korte Corner for Ellen Dikker.