Jay (16) is too young to vote but will decide the UK’s new prime minister: that’s how 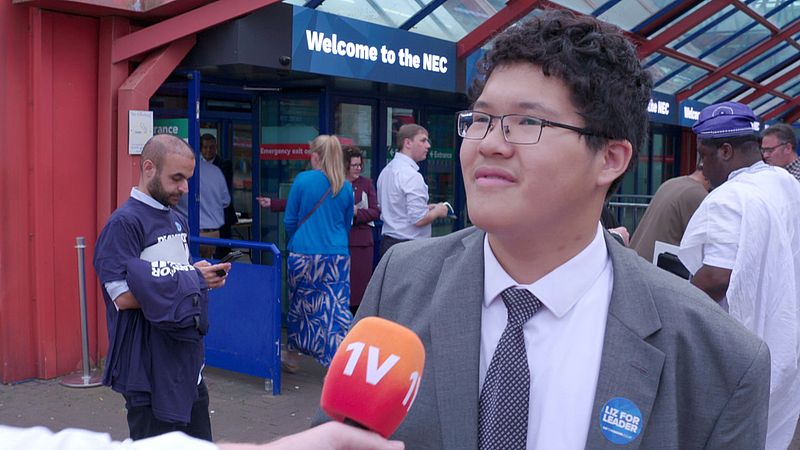 Jay Chan, 16, moved to Birmingham, England from Hong Kong two years ago. However he has already cast his vote, which will help decide who will be the UK’s new Prime Minister. This is how the British system works.

Jay attends ‘Hustings’, a Conservative Party meeting. Here, party members engage in conversation with the two candidates for their party’s leadership. Based on those conversations, they decide who they will vote for and thus who will be the new Prime Minister of the UK. Anyone can join the Conservative Party, there is no age limit.

Boris Johnson stepped down not only as Prime Minister but also as leader of the Conservative Party in early July. Johnson’s party will remain the largest party after he leaves, as there is no obligation to hold new elections if the government falls in the UK.

A different Prime Minister every week

This is how the British system works, says Henry Hill, deputy editor of leading site Conservativehome.com. “Some people are excited about it. In principle, the British Parliament could appoint a new prime minister every week if they wanted to.”

The Conservative Party is not obliged to ask its members who they think should be the new leader. Hill says the party is now doing this by choice.

It is doubtful whether members of the Conservative Party are representative of British society. According to Hill, it is difficult to find details about who the members are. But there are around 160,000 members who are mainly older and wealthier than the average Briton and who live mainly in London and the south-east and east of England.

Jay thinks he can participate in this election, representative or not: “I’m from Hong Kong. I’m an immigrant, I came to this country for freedom and democracy. I’m proud to be a part of participating. This democratic process.”

He already knows who Jay will vote for: Liz Truss, because of her foreign policy and her determined looks. And he is not alone in this. Druss is ahead of his rival Rishi Sunak in all polls. However, Sunak still has supporters at the meeting in Birmingham.

Graham Taylor, for example, allowed himself to be convinced during the evening: “He showed so much charisma tonight and clicked so well with his audience that he won me over completely. And I think a likable leader always does. Good for the election.”

Although he was once opposed to Brexit, he now has a strong EU-sceptic profile. According to deputy leader Hill, this is what members of the Conservative Party are looking for right now. “It takes a miracle to overcome the distance.”