Jonai Oslo, new chair of the Supervisory Board of the Eye Film Museum 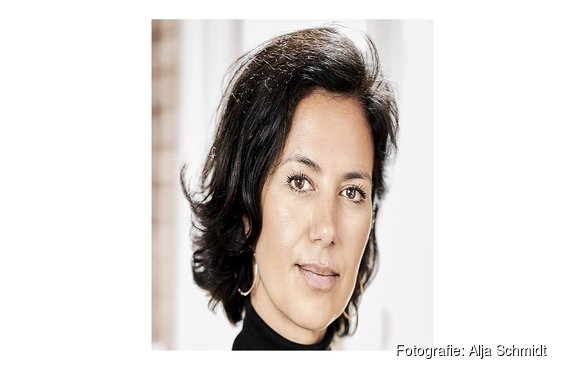 Council members Alexander Renoy Kahn, Caroline Prinsen and Seppi van Elslow have their third and final term in office. It was unanimously decided to elect a new president from among its members and to appoint the current chancellor, Jonai Oslo, to succeed Alexander Renoy Kahn.

Junay Oslo (Chairman) is a cultural historian and researcher at Allard Pierson, University of Amsterdam. Her expertise lies in European cultural history, heritage studies, museum studies, cultural policy, management and administration. She has been an important and committed member of the Supervisory Board of the Eye Filmmuseum since 2019. Oslo is a member of the advisory board of Vereniging Rembrandt, Allard Pierson, and Mauritshuis, Chair of Tolerance at Leiden University, Board Member of the NIOD Fund and President of the Corendon Foundation. Oslo also holds exhibitions himself. As Corendon’s Hotel Development Manager, Uslu converts old office buildings into new hotels and renovates large and old hotel buildings. In this way, she combines museum expertise with commercial insight.

Annick de Vries Station manager and member of the NS board of directors. Prior to this, she was the Director of Real Estate and Franchise at Ahold Delhaize and Chair of the Board of Directors of ING Real Estate Development, one of the initiators of Overhoeks. It is involved in the NOVI Alliance. She studied at the University of Amsterdam and followed several executive courses, including at Harvard Business School. She was a member of the Supervisory Board at Rochdale and has held positions on the board of directors of, among others, Bureau Architectenregister, NEPROM, Amsterdam Zuidoost Partners and Architectuurcentrum Amsterdam (ARCAM). She co-founded the Ladies Eye Gifts Circle at the Eye Film Museum. In 2018, she won the Green Leader Audience Award from DGBC.

Marco Huigbregets Accountant and partner at Dubois & Co. Chartered accountants. He has over 25 years of experience in auditing and advising organizations in the fundraising and cultural sector in particular. His client portfolio includes many leading museums. He currently holds other management positions at Museumnacht Amsterdam and the Art Foundation in the Station District of Utrecht.

Shady Hummus He is a filmmaker and screenwriter (Libyan, winner of Best Screenplay on NFF, Netflix Forever Rich). As a cinema lover, he is an inspiring representative of a new generation of Dutch filmmakers. In 2012 he graduated from the Dutch Film Academy. He wrote the script for Sam De Young’s award-winning Magnesium and directed his short film About Sons, starring well-known actor Marwan Kanzari. After graduation, he was accepted into the prestigious MA Directing course at the National School of Film and Television in the UK.