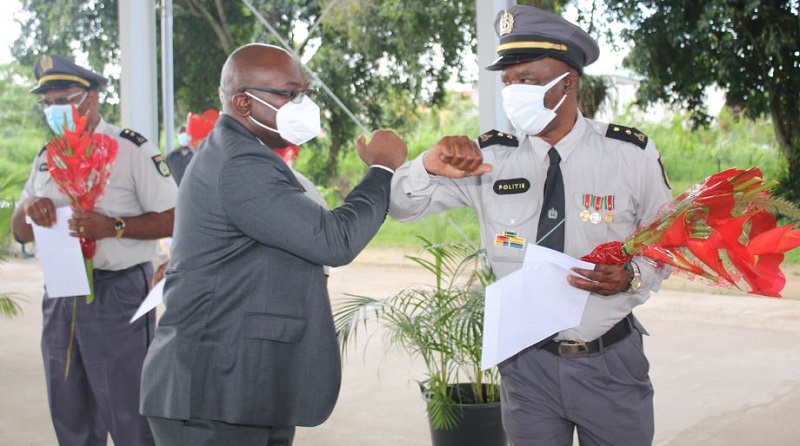 On March 26, the Suriname Police Force (KPS) honored the police officers and civil servants, with 35 and 40 years of service, who made a significant contribution to the realization of the policy set out in the KPS. 61 anniversaries were honored.

The head of the Surinamese Police Union (SPB), who is also the interim chief of civil servants, Chief Inspector Raul Hellings, spoke of the staff’s dissatisfaction and the treatment they received in the last period. Hellings also discussed employee appreciation.

Police Chief Roberto Brady implored that this Jubilee celebration is a catalyst for the structural appreciation of employees. The union leader seized the opportunity to ask the Minister of Justice and Police (Goosball), Kenneth Amoxy, to call the Civil Workers Union to do the things they were entitled to do.

The Chief of Police believes that serious consideration is being given to the appreciation of this group. He also looks forward to inviting the Minister to provide the best possible for them in recent years, which is still celebrated in this jubilee.

A less interesting development for a minister was the knowledge that people had not been promoted for nearly fourteen years. The Minister indicated that he is looking forward to nominations from the Force to formalize it all.