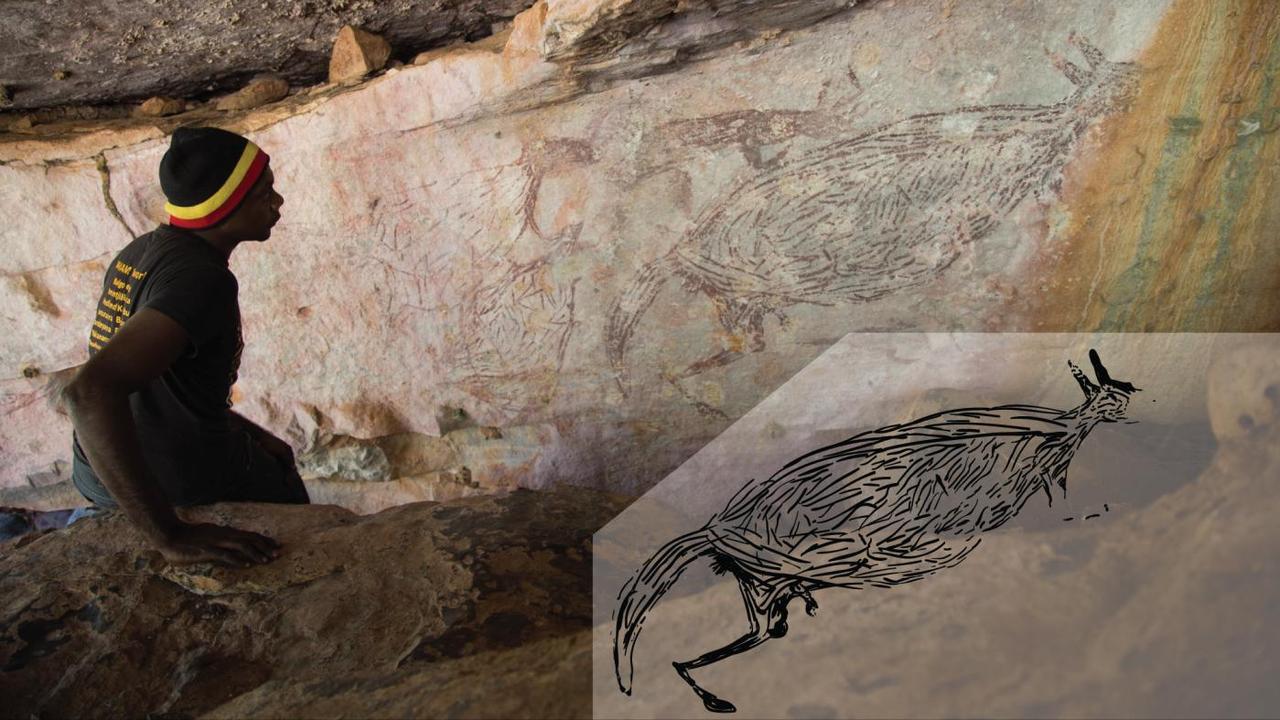 Scientists have identified the 2 meter long depiction of a kangaroo as Australia’s oldest surviving petroglyph. Researchers say the map is about 17,300 years old Natural human behavior.

The artwork is painted in red ocher on the ceiling of a dormitory. It was discovered in the Kimberley region of Western Australia and is named for its aboriginal rock paintings.

Age of the map The age of the sketch was determined by radiocarbon dating of old soil wasp nests. “This is an important discovery,” said researcher Damien Pinch. “Because with these initial assessments, we are further expanding our understanding of the world in which these ancient artists lived.”

Researcher Sven Usman says the map provides insight into the history of the original citizens. “This film resembles petroglyphs made on islands in Southeast Asia,” Usman said. “It represents a cultural connection.”

Researchers want to further explore the rock carvings of indigenous peoples in the Kimberley region. By re-examining the wasp nests around the petroglyphs, researchers hope they can point out which art period began and ended. Rock paintings in various styles have been found in the area for many years.