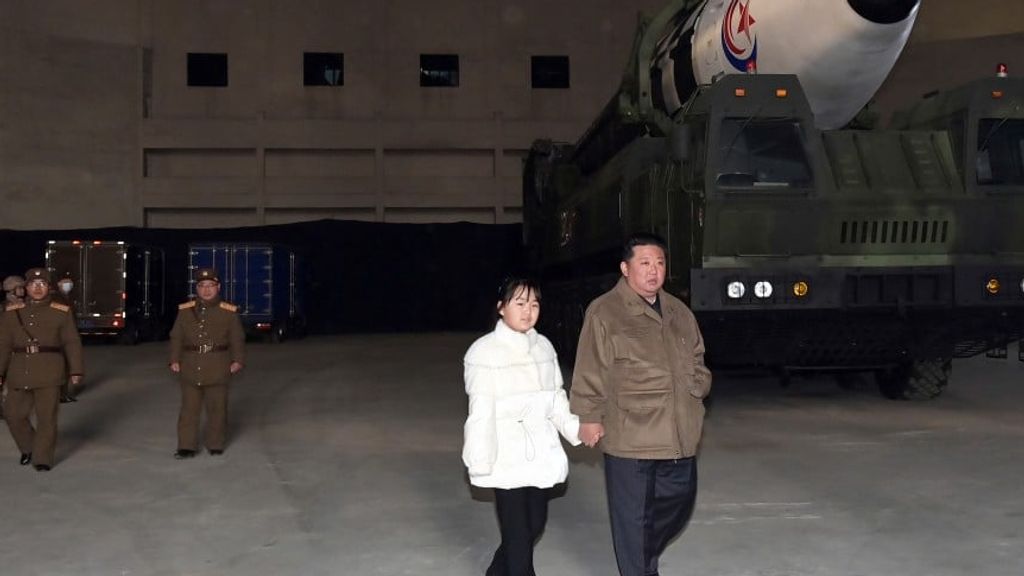 The daughter of North Korean leader Kim Jong-un appeared in public for the first time. North Korean state media published pictures of Kim attending a missile launch with the girl.

The photos may have been taken yesterday. The official KCNA news agency did not mention the girl’s age, saying only that Kim attended the opening ceremony “with his beloved daughter and wife.”

See photos from that moment here:

In a missile test conducted by the country on Friday, intercontinental Ballistic missile tested. Japan and the United States, among others, condemned the launch.

Little is known about the North Korean leader’s private life. In 2013, American basketball player Dennis Rodman said after visiting North Korea that he had newborn daughter Kim’s contract. The girl’s name was Ju-ae. According to the South Korean news agency Yonhap, Kim and his wife, Ri Sol Ju, may have two more children, but this has never been confirmed by state media.

Kim Jong-un took over the leadership of the country in 2011 from his father, Kim Jong-il, who succeeded his father, Kim Il-sung. North Korea has never said anything about a possible successor to Kim Jong Un in the distant or near future.