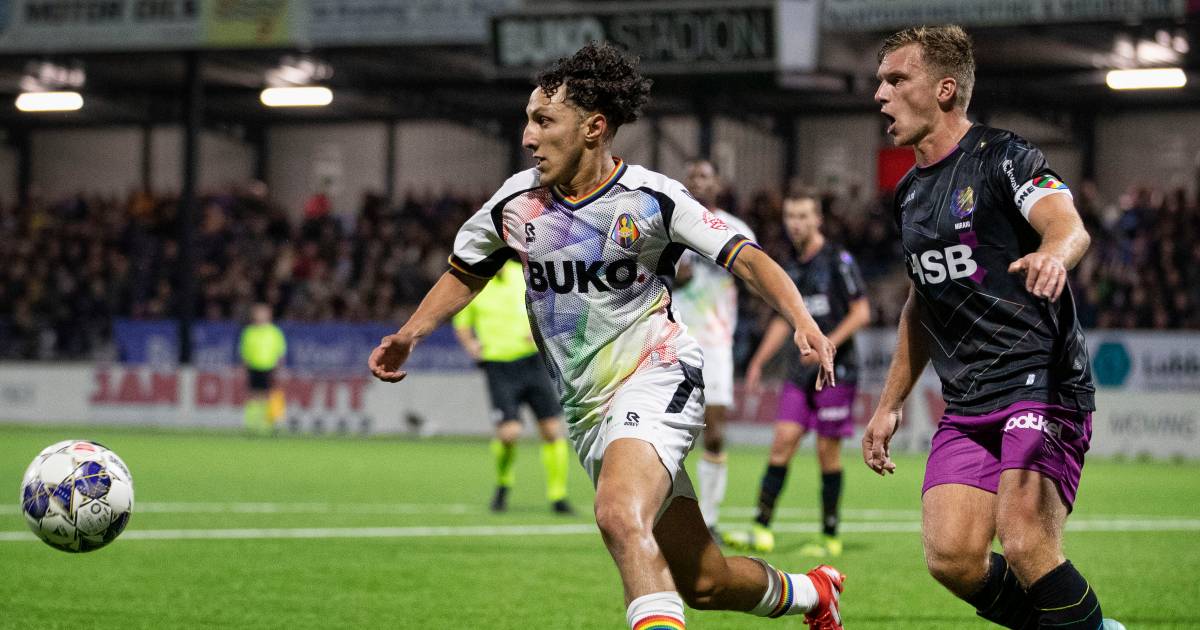 In the Kitchen Champion division, top teams Excelsior (3-0 against VVV-Venlo) and FC Volendam (1-5 in the so-called “hunter’s derby” at Telstar) did what they had to do. NAC Breda also won, and neither did De Graafschap. Super Farmers Just like ADO Den Haag tied 0-0 against an opponent from Brabant.

Reuven Niemeijer was Excelsior’s big man: he made 1-0 and 2-0 with his header, after a cross from Siebe Horemans, and by chasing the ball into the top corner. Nijmeger also hit the free kick, which fell 3-0 on goal. Because the ball was touched by Goldcrest This Dalinga, the attacker will count the goal. Kralingers are now at the top. They are closely followed by FC Volendam, who has one point and one game less.

On a visit to Telstar, coach Wim Jonk’s men hit hard: 1-5. Ozgur Aktas opened the score for the home team with a header. With kicks from Ibrahim Al-Qadri and Robert Mohrn, coach Wim Junk twice took the lead after superb play-attacks. With little success, Daryl Van Meghem took care of No. 3 visitors. Even before the break, Volendam ran further. Mühren made it 1-4 with his second evening. Jim Beers headed into fifth after just over an hour. Incidentally, both teams played in a special “rainbow shirt”, as an added gesture over the weekend that all professional football is dominated by (and think of) the growing acceptance of the LGBTI+ community.

The evenings of De Graafschap and Ado were disappointing: both teams drew 0-0 against PSV Eindhoven and Helmond Sport respectively.