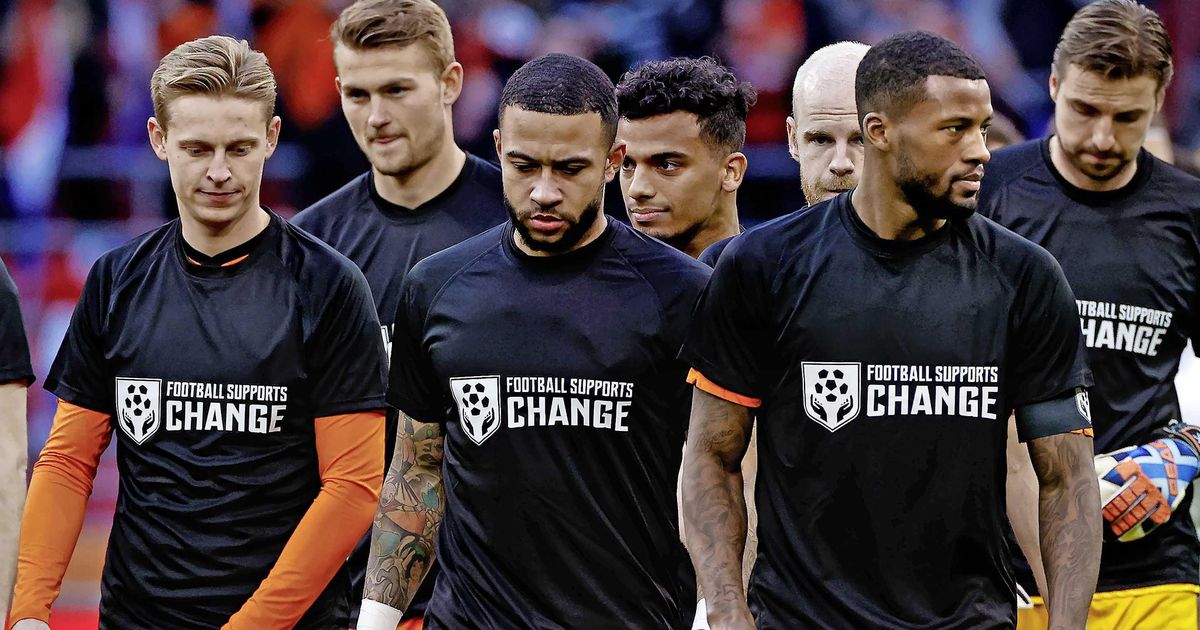 “Thanks to the football players, consultations are taking place at the administrative level regarding Qatar itself,” de Jong said. This topic is at the top of the international agenda. It is now up to the boards of directors of the national and international federations to take the next steps.” The World Championships will be held in Qatar next year.

The players earlier launched the “Football Supports Change” campaign, after deeply disturbing reports about the conditions in which migrant workers work and live in Qatar. De Jong: With this statement, the internationals indicated that the situation must change. “Football Supports Change” is now a broader plan that has entered a new stage, the stage of administrative diplomacy and talks with the authorities in Qatar, among other things.

“The players are not responsible for allocating the World Cup to Qatar,” continues de Jong. Those were the national and international federations. Therefore, the next steps will mainly depend on managing this. This moves traffic out of the field and back into the meeting rooms. The KNVB is now a discussion partner with human rights organizations, international trade unions and the authorities in Qatar, among others. These talks have already begun and the first visit to Qatar was conducted last week.”

KNVB said the Netherlands, along with England, France, Germany, Russia, Sweden, Switzerland and Norway, is also part of the UEFA working group focusing, in cooperation with FIFA, on the rights of migrant workers in Qatar. This working group made a number of initial recommendations, such as that European countries that will soon participate in the World Cup set minimum requirements for all their suppliers in Qatar that benefit the rights of migrant workers.

“We believe in cooperation,” says De Jong. “The KNVB has never voted for Qatar as a World Cup host and has not yet qualified for this final tournament, but as a socially conscious organization we would like to catalyze sustainable changes in that region. We do this in collaboration with other unions and we also have discussions at our own expense. For example, during our visit to Qatar Last week we were able to see progress on issues that have often been happening for a long time in the country and the rest of the region.This progress is reflected in the reforms that have been accelerated recently under pressure from the World Cup.But there is still a lot of work to be done, Including ensuring that all laws are followed. Even after the World Cup.”